May seeks Brexit delay with option of two-year extension 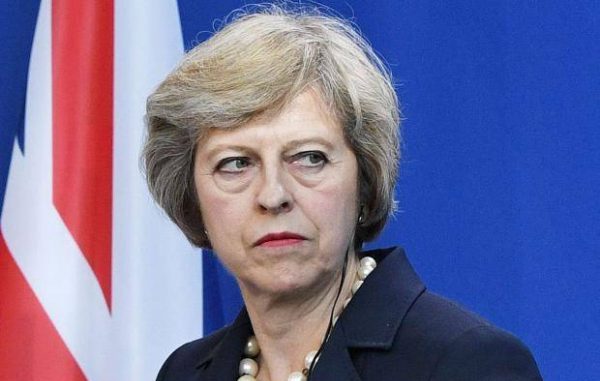 British Prime Minister, Theresa May, will write to the EU on Tuesday to ask for a Brexit extension until the end of June and with a possible two-year delay, the BBC’s political editor said.

With Britain due to leave the bloc in just 10 days, May’s spokesman earlier said she would be writing to European Council President Donald Trump to request a delay to Brexit either on Tuesday or Wednesday.

“Cabinet sources say PM is writing letter to EU today asking for extension – frustration that she is going to ask for end date of June 30th, with proviso of delay of up to two years.”

She added: “One source says there was no agreement in the room.

“Another source furious that it seems PM avoiding making an actual decision again about the option she would like to take but wants option of short delay to try to find way of having another go with her deal.”

May’s Brexit plans were in disarray on Tuesday as her government sought to plot a way around a ruling by the speaker of parliament that she must change her twice-defeated divorce deal to put it to a third vote.

After two-and-a-half years of negotiations, Britain’s departure from the EU remains uncertain, with possible outcomes still ranging from a long postponement, leaving with May’s deal, a disruptive exit without a deal, or even another referendum.

Brexit Secretary Steve Barclay said a vote this week on the deal was now less likely. But ministers were studying options, and he indicated the government still planned a third vote.

May is due at an EU summit in Brussels on Thursday at which she will ask for a delay to Brexit as Britain seeks a smooth way to leave the EU after 46 years, with a transition period to soften the disruption to trade and regulations.

The EU’s most powerful leader, German Chancellor Angela Merkel, said: “I will fight until the last minute of the time to March 29 for an orderly exit. We haven’t got a lot of time for that.”

Her foreign minister, Heiko Maas, said: “If more time is needed, it’s always better to do another round than a no-deal Brexit”.

The 2016 referendum, which produced a 52-48 percent vote to leave, exposed deep divisions and has fueled soul-searching about everything from secession and immigration to capitalism and British identity.

The crisis has left allies and investors puzzled by a country that for decades seemed a confident pillar of Western economic and political stability.