Massive turnout as DUG inaugurates BoT, NEC ahead of campaigns 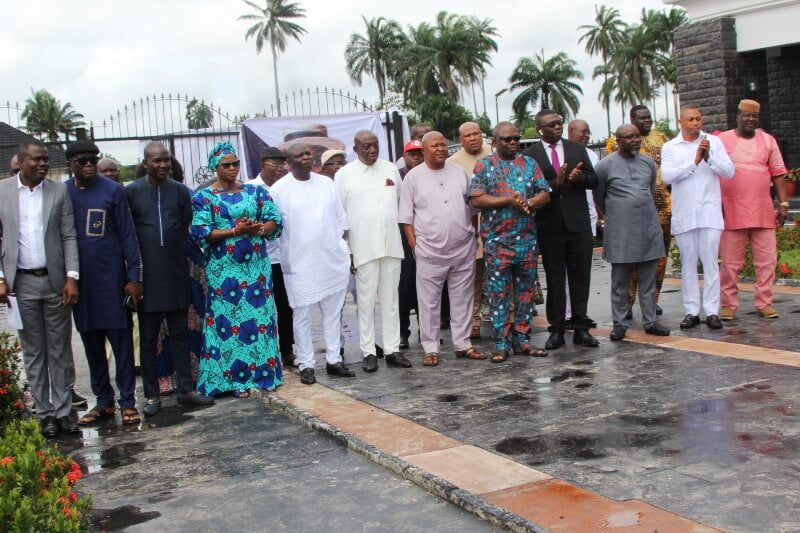 Over 1,000 representatives of the 25 local government councils of Delta State converged in Uro, Isoko South on Wednesday as the Delta Unity Group, a pro-David Edevbie organisation of the Delta State Peoples Democratic Party, inaugurated its organs ahead of the campaigns for the general elections.

The event was hosted by Sir Itiako Ikpokpo, former Chairman of Association of Local Governments of Nigeria in Delta State.

The event, in Ikpokpo’s country home, witnessed the swearing in of members of the Board of Trustees, National Executive Council and local government coordinators of the group.

The group said while they are strong members of the PDP, they believe in the competence and capacity of Olorogun David Edevbie to lead the state to greater prosperity and they are confident he will emerge victorious at the Supreme Court as the PDP candidate for the governorship election.

Speaking at the occasion, former Secretary to the State Government, Hon. Chiedu Ebie, assured that in filing a 23 grounds of appeal at the Supreme Court, Edevbie’s lawyers had studied the judgement of the Court of Appeal and are very positive that the Supreme Court will deliver substantial justice in the matter.

He urged the gathering to remain positive and stand firm on the Edevbie mandate, pointing out that there can be moments of anxiety, but the truth shall always prevail.

Ebie said: “In the case of Bayelsa PDP, they won at the High Court, lost at the Appeal Court and won at the Supreme Court.

“It was the same in the Ebonyi case where Odii won at the High Court, lost at the Appeal and also won at the Supreme Court.

“David Edevbie’s case is on the same trajectory.”