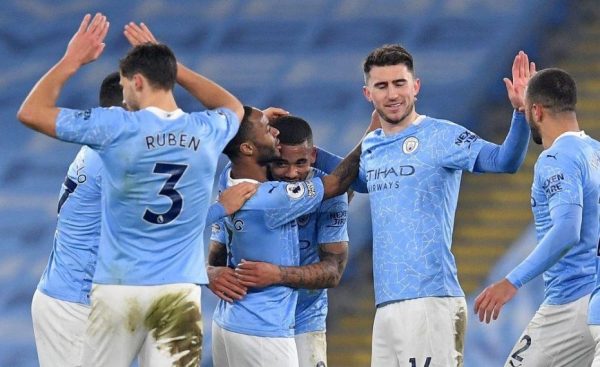 Manchester City were crowned Premier League champions on Tuesday after second-placed Manchester United were beaten 2-1 at home by Leicester City.

United, who face Liverpool on Thursday, their third game in five days, made 10 changes to their side who won at Aston Villa on Sunday, with Ole Gunnar Solskjaer throwing in several young players.

Leicester grabbed a 10th-minute lead with a superbly taken first Premier League goal from 19-year-old left back Luke Thomas who volleyed in a deep Youri Tielemans cross from a tight angle.

United struck back five minutes later with two of their teenagers combining as Amad Diallo found Mason Greenwood and the forward’s excellent touch allowed him to find space for a low drive into the far corner.

Leicester threatened after the break with David De Gea doing well to deny Kelechi Iheanacho at close range but the decisive goal was a simple affair in the 66th minute as Caglar Soyuncu thumped home a header from a Marc Albrighton corner.