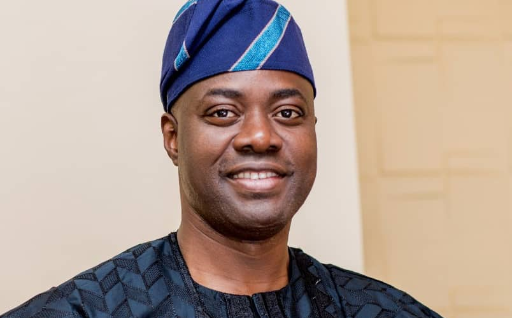 The Oyo State Governor, Engr. Seyi Makinde, has eulogized a late political stalwart and industrialist, Pa Isamota Okesola Ashiru, describing his as a true progressive, whose death has created a political vacuum in the state.
The Governor stated this at the Fidau prayer held in honour of late Pa Ashiru at his residence in Ijebu-Igbo, Ogun State.
Speaking through his Deputy, Engr. Rauf Olaniyan, who led a delegation of political stalwarts from Oyo State to the event, he stated that Ashiru was a unique politician who always stood for the truth.
He added that the late political icon was a core progressive, who spent his life time grooming others in the right and genuine paths of politics.
Makinde stressed that though Pa Ashiru was from Ogun State, he impacted many lives positively across the country, particularly Oyo State, adding that his good deeds will always be remembered.
He also urged other politicians to emulate his good deeds, saying: “Death is inevitable but our good deeds will always speak after us.”
On the Deputy Governor’s entourage were the Special Adviser on Politics to the Oyo State Governor, Hon. Babs Oduyoye; and Senior Special Assistant to the Deputy Governor on Politics, Alhaji Lateef Yusuf.
Also at the event were former Secretary to the Oyo State Government, Pa Michael Koleosho; Senator Olufemi Lanleyin; former Oyo State Speaker, Senator Mosura Sunmonu; and Senator Olugbenga Kaka amongst others.

Makinde sells Oyo to the world at Agribusiness Summit