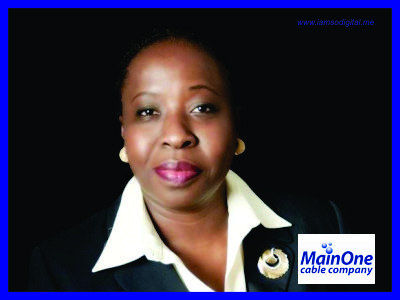 The CEO of Main One Cable Company, Ms. Funke Opeke, has won the 2012 CNBC All Africa Businesswoman of the Year Award at a ceremony held at the Vodadome in Midrand, South Africa on October 25, 2012.
The event in South Africa was the grand finale of the annual award, which features regional winners across Africa who had been previously selected.
The AABLA, an initiative of CNBC Africa, serves as a platform to discover business leaders that are creating a culture of entrepreneurship, developing best practices and carving powerful and sustainable business models in the African and global economy.
Ms. Opeke was the only Nigerian winner on the night as she edged out Jeniffer Barassa, CEO of Top Image Ltd, Kenya for the coveted award.
Other Nigerian nominees were Mitchell Elegbe, CEO/MD Interswitch (Business Leader of the Year Award); Ernest Azudialu-Obiejesi, CEO and President of Nestoil (Entrepreneur of the Year); and the late Tayo Aderinokun, former MD, GTBank (Lifetime Achievement Award).
Speaking on the award, Ms. Opeke described the recognition as a reflection of the pioneering work that Main One has done towards transforming the Nigerian and African broadband landscape since it commenced operations.
She said: “Main One Cable Company was founded five years ago with a passion to bridge the digital divide by improving Internet access and reducing cost in West Africa, especially for young people.
“Since our cable was launched in 2010, we have started making tremendous impact on businesses and communications in Nigeria, Ghana and other markets.
“However, we are not there yet and we will keep working towards realising our vision of a better-connected Africa.
“We are sure it will make for a better tomorrow.”
Ms. Opeke dedicated the award to her shareholders, particularly the seed investors in the development company, Main Street Technologies, whom she described as writing the cheques when the company had nothing.
She also thanked the team of great individuals who have worked tirelessly with her all these years, declaring: “Thanks to all of you – You are Main One.”
CNBC Africa, organisers of the award, congratulated Ms. Opeke and other award winners.
The group said it was important to recognise business leaders across Africa who are making giant strides in their respective areas towards achieving economic development and empowerment of Africa.
It would be recalled that Ms. Opeke had previously won the CNBC AABLA Businesswoman of the Year Award for West Africa during the regional finals held in August in Lagos, Nigeria.