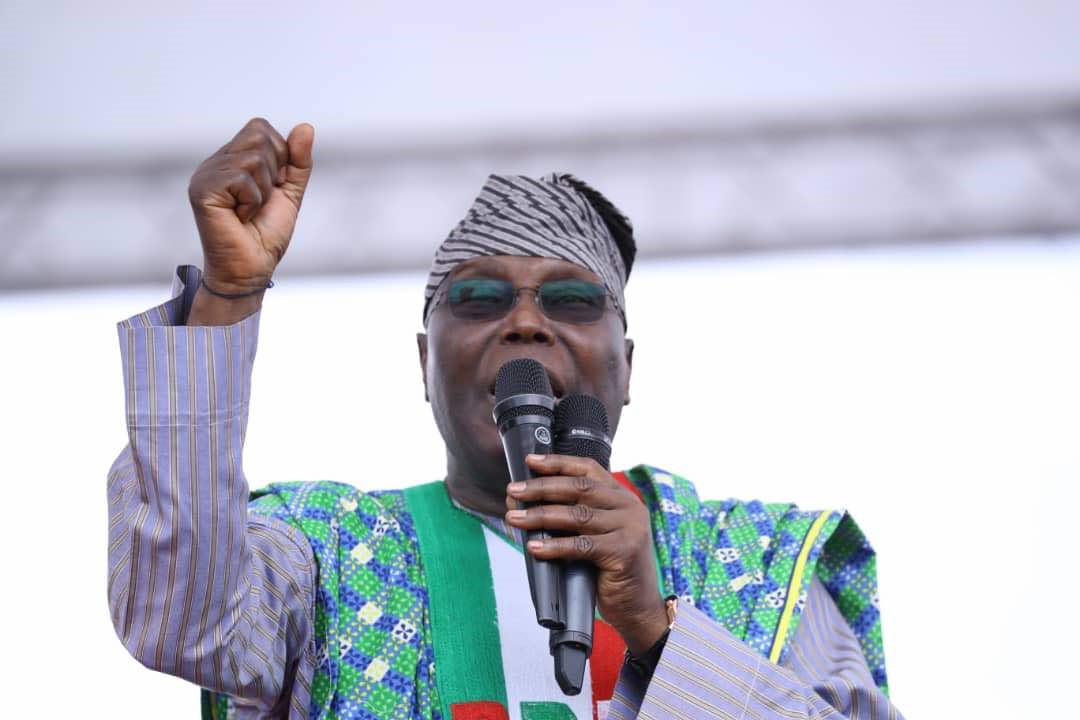 Former Vice President and frontline presidential aspirant, Atiku Abubakar, was hailed like a king and rousingly applauded by the massive crowd of Peoples Democratic Party faithful, including many PDP big wigs, at the July 5 mega rally held in Ado Ekiti to woo voters for Prof. Kayode Olusola Eleka in the forthcoming July 14 governorship election in Ekiti State.
Abubakar, who had earlier arrived Ekiti State House at 11.30am with a crop of top-notch party stalwarts that included the Director of his Campaign, Otunba Gbenga Daniel, and two other ex-governors, Peter Obi and Dr. Babangida Aliyu, reminded the grand assembly of his long standing cordial relationship with Ekiti people.
He pronounced: “Ekiti should please continue to vote PDP, because most of the major developmental projects in the state today were done by our great party and more are yet to come.”
The former Vice President’s short speech received a resounding loud ovation of “in-coming President”, which made a popular party leader to think aloud, saying: “Atiku has stolen the show here again; I think his time has come to lead Nigeria.”
Other keynote speakers, who boosted the campaign held at the famous Governor Ayo Fayose’s Ojumose flyover fountain ground, included PDP presidential ticket-seekers such as ex-Sokoto State Governor Attahiru Bafarawa, ex-Kaduna State Governor Ahmed Makarfi and Gombe State governor Ibrahim Hassan Dankwambo.
However, none of the orators received the sort of grand applause that greeted Abubakar’s welcome.
This, a source said, may not be far-fetched considering the perception of the amiable Waziri of Adamawa as a “son of the soil”.
The former Vice President’s special relationship with Governor Fayose, famed as Oshokomole, with whom he had a private one-to-one discussion before the rally in the Governor’s Office, while others waited in the living area patiently, is also seen as a significant pointer to the affection for the August Visitor.
The icing on the cake came from the PDP National Chairman, Chief Uche Secondus, who spoke powerfully and persuasively after several serving state governors such as Nyesom Wike of Rivers State, Okezie Ikpeazu of Abia State, Ifeanyi Ugwuanyi of Enugu State, Ifeanyi Okowa of Delta State, Emmanuel Udom of Akwa Ibom State and Chief Host Peter Ayodele Fayose had spoken.
Meanwhile the peaceful and colourful rally was carnival-like, full of pomp and pageantry with human traffic stretching over 2km of condoned-off motorway.
Despite the large crowd, there was no known incident of riot or civil disorder.
Abubakar later thanked the good people of Ekiti State for their generous warm welcome and departed for Abuja enroute Akure airport at 3.45pm. 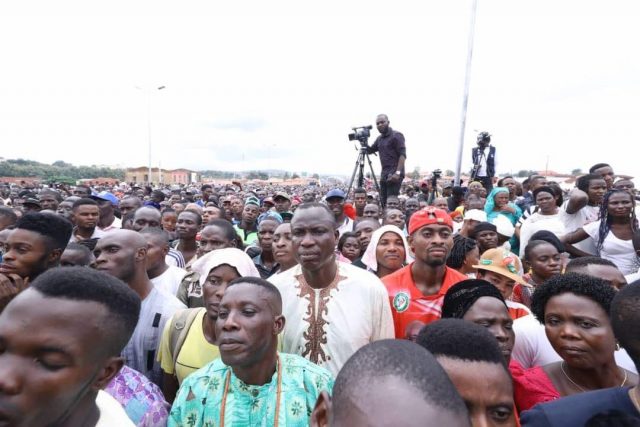 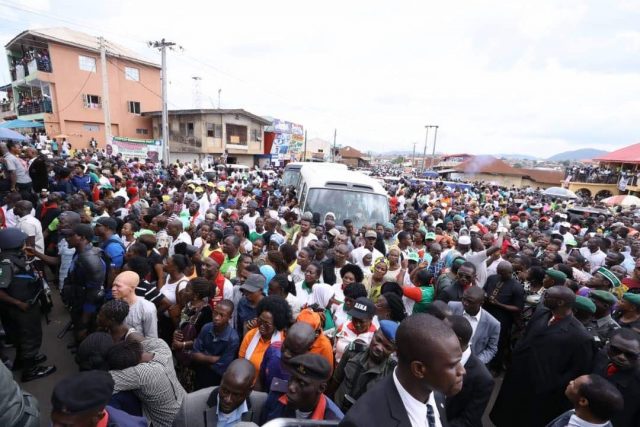