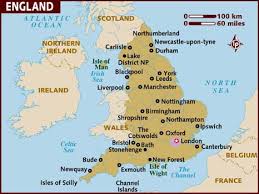 Share
Facebook Twitter LinkedIn Pinterest Email
London will suffer from Brexit more than other regions of the UK, with the financial sector expected to lose up to 70,000 jobs, a report of the UK-based think tank Centre for London said on Thursday.
“The risks to London’s economy, from the loss of these workers and students, and access to the European Single Market, are considerable.
“70,000 jobs could be lost in financial and related services alone,” the think tank said, adding that London depends on students and workers from across the European Union “to a far greater extent than the rest of the country”.
According to the report, such losses would be a significant blow for financial services of the UK capital, but the sector would still survive.
“Highly-specialised clusters like financial services and other world city functions are ‘sticky’, and London would still retain the critical mass to be one of the major global centres for financial services,” the report stated.
The think tank noted that London “needs to remain open, and also needs to become more affordable and liveable”.
It presents a number of recommendations for the UK government to soften the influence of Brexit, including the suggestion for London Mayor, Sadiq Khan, to join the withdrawal negotiations.
The report said: “The Mayor of London should join with the mayors and leaders of the UK’s major cities to form a Convention of City Leaders on Brexit, and the next government should actively engage with these cities, to ensure that their needs are properly addressed in negotiations and further devolution.”
Other recommendations of the report include introduction of a regionally managed migration system for the regions to be able to “define their skills needs and to agree work permit quotas with Government.”
Others are the introduction of one-year City Maker Visas for EU citizens to visit London to look for job opportunities, and two-year post-study work permits for graduates to stay in London and “contribute to the economy”.
The UKm officially launched the Brexit process on March 29.
The negotiations with the European Union on the terms of withdrawal from the bloc started on June 19 and are expected to conclude by the end of March 2019.
BREXIT United Kingdom
Share. Facebook Twitter Pinterest LinkedIn Tumblr Email

Ahmad Lawan’s principles of politics and leadership, by Ola Awoniyi