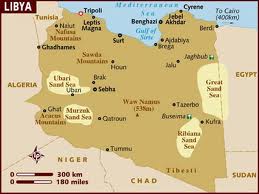 Libyan Navy questioned the validity of reports about a capsizing boat carrying 90 illegal immigrants off the coast of the city of Zuwara, some 120 km west of Tripoli, navy spokesman said on Friday.
The Navy spokesman, Ayob Qassem, said the reports published by international organisations about a capsizing boat with 90 illegal immigrants on board off the city of Zuwara were uncertain and questionable.
According to Qassem, the reports are not based on accurate evidence or sources.
The International Organisation for Migration announced earlier that almost 90 immigrants were feared drowned off Zuwara coast, though three immigrants survived and made it to the shore alive.