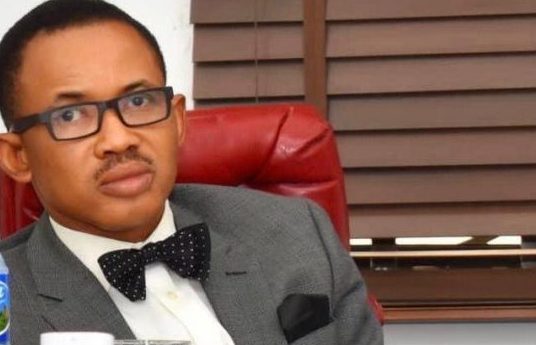 A legal practitioner, Kayode Ajulo, has called on the Federal Government to implement the constitutional provisions which give it the power to deduct funds belonging to the state judiciaries and legislatures from the source.

Ajulo made the call in Abuja in his solidarity message to commemorate the 2021 Workers Day.

The lawyer also urged the leadership of the Judiciary Staff Union of Nigeria (JUSUN) to look inward and consider a more beneficial approach to ensure that their agitations were implemented by the erring governors.

“The leadership of JUSUN should take a cue from the incessant strike action embarked upon by the Academic Staff Union of Universities, including other trade unions in Nigeria and its consequent implications.

“It must be noted that strike action is not the ultimate panacea to resolve disputes.

“Each has to be decided based on the circumstances surrounding it and parties involved so that any action taken must be for the greater good of the people.

“Federal Government should also take the bull by horns, hence, the need to deduct funds of other arms of government from the source in compliance with constitutional provisions,” he said.

Ajulo enjoined all stakeholders in the country’s justice sector to ensure that this development did not inimically affect the fundamental rights of the citizens and the confidence reposed in the judiciary by members of the society.

The News Agency of Nigeria reports that JUSUN began a nationwide strike on Tuesday, April 6, when the union directed all its members across the federation to shut down all courts after the expiration of the 21-day ultimatum earlier given over the failure of the government to implement the financial autonomy of the judiciary.

NAN also reports that President Muhammadu Buhari had, on May 22, 2020, signed into law an Executive Order granting financial autonomy to the legislature and the judiciary across the 36 states of the federation.

The Executive Order No. 10 of 2020 made it mandatory for all states to include the allocations of both the legislature and the judiciary in the first-line charge of their budgets.

The order also mandates the accountant general of the federation to deduct from source amount due to the state legislatures and judiciaries from the monthly allocation to each state, for states that refuse to grant such autonomy.