Lawyer remanded over face-off with NIS CG: I’m being manhandled in police custody 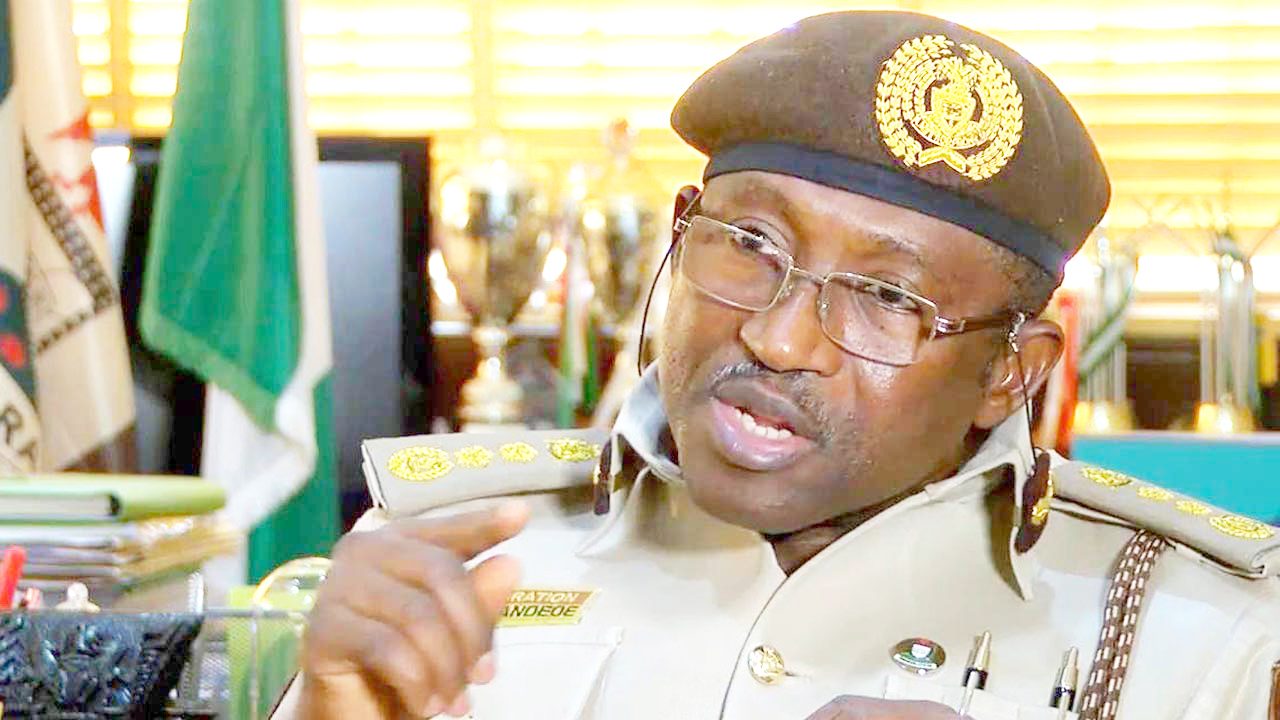 A lawyer, Daniel Makolo, who was ordered remanded in police custody over a face-off with the Comptroller-General of Immigration, Muhammad Babandede, has cried out that he is being manhandled in the various cells he had been held, The PUNCH is reporting.

According to the lawyer, who wrote a petition to the Minister of Interior, Rauf Aregbesola, faulting the tenure extension granted to the CG, said since his remand order, he had been held in four different police cells, where criminals had beaten him by criminals.

According to The PUNCH, a Karu Chief Magistrates’ Court, presided over by Emmanuel Iyanna, was said to have ordered Makolo’s remand for two weeks for alleged defamation of character following an ex parte application by the lawyer to Babandede, Adana Musa.

Makolo had visited the Federal Capital Territory Police Command headquarters on behalf of a client last Monday when he was arrested.

He told The PUNCH: “Based on my letter to the Minister questioning the tenure extension granted to Babandede, he wrote a petition to the police saying I injured his reputation and the police said that was cybercrime and defamation.

“I was at the FCT (Police) Command headquarters on behalf of a client to resolve a problem; we were coming out of the police headquarters when I was accosted by the police and arrested in the presence of my clients.

“They dragged me back into their office, seized my phones and started making trouble.

“They wanted to force me to write an incriminating statement, but I resisted.

“At the end of the day, they took me to SARS (Special Anti-Robbery Squad) detention centre and the suspects in the cell physically assaulted me.

“I cried out and the guards came and told them I am an officer, so they allowed me to be.

“The following morning, I was taken to the CID (Criminal Investigation Department) to make my statement; I got in touch with my lawyer and tried to get him to come and witness the statement.

“The same lawyer, who appeared with me in the case I went to resolve at the police command, Adana Musa, was the person who got a court order to remand me for 14 days in the first instance pending their investigation.”

Makolo, a former NIS officer, who is pursuing a PhD in law, said he was also taken to the Garki Police Station, where he was manhandled by criminals in the cell, adding that he also spent a night at the Asokoro Police Station’s cell.

He added: “The following day, I was taken to the Asokoro Police Division, where I was equally manhandled in the cell.

“They have been taking me every night from one police cell to another.

“This is my second day in Nyanya; I don’t know whether they will still move me to another cell tonight.

“That is what they have been doing to break my spirit.”

Makolo has been engaged in a running battle with the NIS authorities, which led to his dismissal from service.

He told The PUNCH that his lawyer, Isaac Ebikwe, had filed some processes in court, which were fixed for August 25.

He addedL “My family does not know where I am; nobody knows where I am.

“They didn’t allow me access to my medication; they also refused to let me see a doctor; my health has not been good.”

Babandede, in his reaction, said the lawyer was detained for falsely accusing him of murder and corruption.

He told The PUNCH: “He is not being held for writing to the Minister about the extension; he is being held for falsely accusing a senior government official of murder, threat to life and other issues.

“He is a dismissed employee of the NIS, who lost three times in court and resorted to blackmail.”