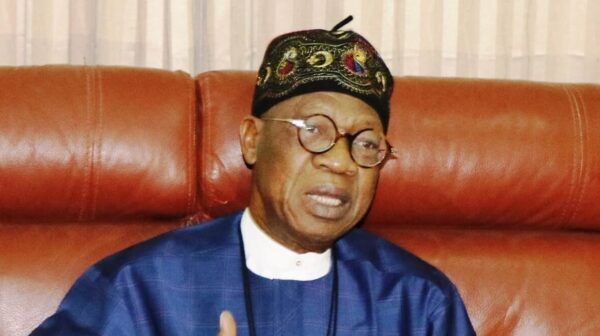 The Minister of Information and Culture, Alhaji Lai Mohammed, announced on Thursday in Abuja that he has tested negative for Coronavirus Disease (COVID-19).
The Minister disclosed this at a media briefing to give update on what the government, through the Presidential Task Force for the Control of COVID-19, was doing to end the spread of the pandemic.
Reacting to a question on whether he and some of his colleagues had gone for test after the reports that they got close to one or two index cases, Mohammed responded in the affirmative.
He said: “I did my test and the report came out this morning that I am negative and that is why I am here to address you.
“Every member of the presidential task force went for test.
“However, I am not at liberty to tell you their status.
“My own result was given to me personally, just like every other person.”
Responding to another question on why he has not gone into isolation after testing negative, the minister explained that he, like his other colleagues in the task force, are taking precautionary measures.
He said they were abiding by the rules of social distancing and personal hygiene and the task force meets by teleconferencing when the need arises.
Mohammed said owing to the importance and volume of the assignment of the task force, which is responsible for the policy directive on COVID-19, the members could not go into isolation after testing negative.
The minister disclosed that the country now has 51 cases of Coronavirus covering eight states.
He said Lagos State has 32 cases; Federal Capital Territory, Abuja has 10 cases; Ogun State has three cases; while Ekiti, Edo, Bauchi, Osun, Oyo and Rivers States have one case each.
Mohammed said the task force is taking measures to increase the number of bed spaces for isolation of suspects in addition to existing facilities.
The minister also announced that they had received donated safety and test kits from the Jack Ma Foundation in China.
He listed the supplies as 100,000 Face Masks, 1,000 Personal Protective Equipment and 20,000 test kits.
The minister said the face masks and the PPE would be distributed to the frontline health workers, while the test kits will be shared among the five test laboratories.
He commended some of the domestic airlines that have announced one form of support or another for the government’s efforts to tackle the pandemic.
Mohammed said they were also aware of more private sector supports to the Federal Government and would be announcing them after full compilation.
He sought the support and cooperation of more capable individuals and organisations in order to defeat the pandemic.