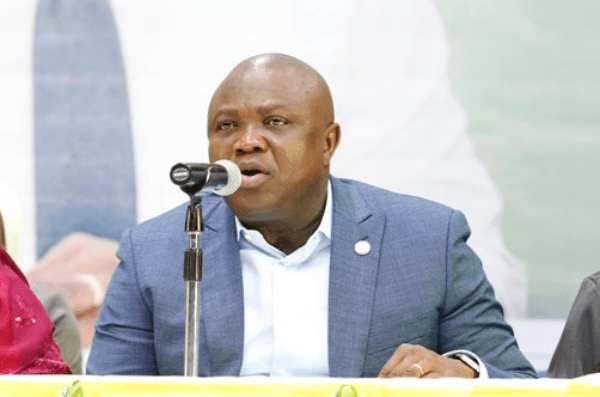 Governor Akinwunmi Ambode of Lagos State gave the warning on Monday during the commissioning of the newly built Laybys at Allen Avenue, Ikeja, Lagos.

Ambode, who was represented by Ladi Lawanson, Commissioner for Transportation, Lagos State, said even as the administration was winding up, it was still working to move the state forward.

According to him, the project was done to respond to the traffic congestion and gridlock usually occasioned along the axis due to activities of loading and offloading of passengers by the commercial vehicles.

He said: “Commercial drivers and traders should not turn this layby to motor park or market, where they sell their goods.

“We created this to impact directly on travel time, especially during peak period.

“The project will reduce the traffic congestion by diverting the picking and dropping of passengers away from the main road.”

The commissioner said the project was not the first, as there were multiple laybys at Oworonshoki, Ketu inward Ikorodu, the car wash layby, the slip road at Olopomeji Road and that of Alapere bus stop.

He said they were constructed for the benefit of road users to ensure decongestion of traffic.

He said: “I wish to reiterate that we will continue to explore ways to ease movement on Lagos roads.

“This requires that we work together as a team, the motorists should obey traffic rules and regulations, if we must encourage investors from far and near to feel safe at all times.”

Olufemi Salaam, the Permanent Secretary of the ministry of transportation, said the project was a good one that represents the emerging pictures of the new Lagos.

Salaam said: “I wish to call on all of us here present to see this as ‘Our very own project’ and make the best use of it.

“It is neither a lavatory nor bedroom.

“It is also no colony for anyone.

“It is a project that belongs to all Lagos residents.”

Thomas-Jaaji said traffic gridlock affects that axis of Allen but the layby would bring succour to motorists and the residents going to different directions from Allen Junction.

He said: “In Lagos, one cannot book three appointments and be successful with them with the rate of traffic gridlock in the state.

“The layby will ease the regular traffic in this corridor people going to Alausa, Aromire Oregun via Allen will not have traffic challenges unlike before.”