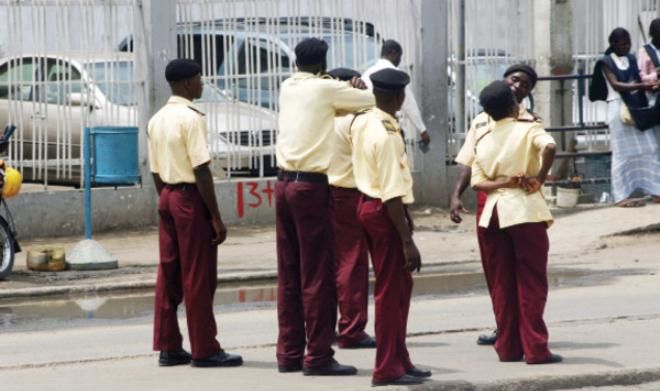 The Lagos State Government says it will no longer tolerate attack by members of the public on any officer of the State Transport Management Authority while on duty.
Ladi Lawanson, the state Commissioner for Transport, made the assertion at a news conference on Wednesday in Lagos.
Lawanson said that the officers employed to safeguard members of the public were always being attacked by the same people whose interest were being protected.
He said that 18 LASTMA officials were killed in 2018, while 24 others were permanently incapacitated by hit and run vehicles and violent attacks.
According to him, the officer cadre of LASTMA is highly educated and dedicated men and women who should not be seen as never-do-well.
He said: “Late Rotimi Adeyemo, the LASTMA officer, who was recently killed by a triggered happy police officer, was born in 1977; he held both the National Certificate in Education and Bachelor Degree of Science in Economics.
“He left behind a 105-year-old father, an 88-year-old mother, a wife, Eniola Adeyemo and three children, including a set of twins.”
The commissioner said that government would approve compensations and death insurance benefits for the officials slain in the course of performing their duties.
According to him, though, it is not the kind of incentives that we crave, but we pray that our officers thrive on their jobs, enjoy enhanced benefit and welfare packages.
The News Agency of Nigeria reports that a police officer attached to the Federal Special Anti-Robbery Squad had on November 28, allegedly shot Adeyemo dead.
The LASTMA official was shot dead while flagging down the police officer for alleged traffic violation.
Lawanson said: “We will like to reiterate that going forward, we will not tolerate the slightest attack on any of our officers and men.
“We shall henceforth apply the full weight of the relevant laws on culprits in this regard.
“The Provision of Section 7 of the Road Traffic Law of Lagos State, 2018, is particularly relevant.”
According to him, anybody driving against traffic or fail to conform to the direction or indication given by traffic sign, shall be guilty of an offence and shall be liable on conviction.
He said: “Any driver, who neglects or refuse to stop or keep to a particular lane when directed to do so by officer in execution of his duties, is liable to conviction for one year imprisonment and forfeiture of the vehicle to the state.
“All offenders shall have their data and biometrics captured.”
Lawanson said that LASTMA was created and empowered by law to control and manage vehicular traffic flow in the state.
The commissioner said that the agency was performing its responsibilities of enforcing state and national laws that govern the safe use of vehicles on the road.
He said: “Also to deter and apprehend road traffic offenders, enforce the use of bus stop and terminals, maintain a register of traffic violators.
“Our responsibilities also include safeguarding highways from encroachment, roadside trading, street hawking, alms begging and safeguard vehicles and pedestrians among others.”
The commissioner appealed to the motoring public that LASTMA was to promote the interest of the public on the road.