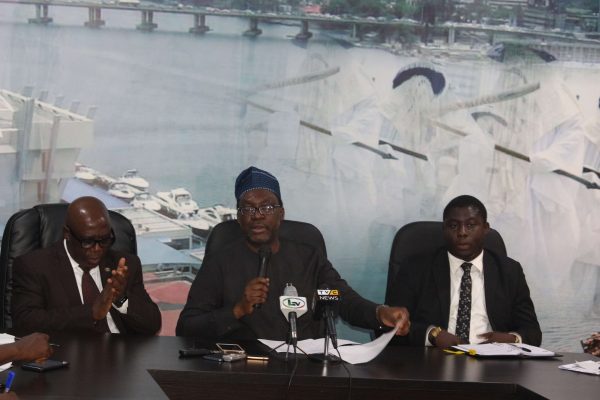 In pursuance of its commitment to cause a major shift in marketing the tourism and creative potentials inherent across the State, the Lagos State Government is set to hold a tourism summit to enrich the masterplan for the tourism industry.
The summit, with the theme: “Destination Lagos: Towards A Sustainable Tourism-Driven Economy,” is scheduled to hold on April 16, 2018 at the Eko Hotel and Suites, Victoria Island, Lagos.
Briefing the media on Tuesday in Alausa, the Commissioner for Tourism, Arts and Culture, Steve Ayorinde, declared that the forthcoming summit is designed to provide resourceful content for the tourism road map that will transcend the vision of the State in becoming the foremost tourism destination in Africa
Ayorinde disclosed that the summit aligns with Governor Akinwunmi Ambode’s desire to invest in human capital and infrastructure in order to encourage creativity and promotion of genius minds in arts, entertainment, culture and tourism in the State.
Speaking on the relevance of the summit, the Commissioner revealed that it is crucial to intimate and integrate key players in the tourism industry to achieve a prosperous initiative as the State journey into the tourism world to compete with developed cities.
He said: “The summit will list out in specific terms the interventions that are needed in producing a master plan that assist in shaping the tourism sector in Lagos State in the next 15 to 20 years.”
Ayorinde disclosed that it has been a deliberate plan derived from a visionary study of the population trend and analysis of what sector will better absorb the teeming youth population, reduce poverty and crime as well as create jobs with multiplier effects on other sectors.
Affirming the significance of the event, the Commissioner stated that encouraging existing practitioners and stakeholders with institutional support and sustaining positive hope of investors in the sector needs a more concrete rejig in line with global best practices.
He said: “The idea of the Lagos Tourism Summit, therefore, is part of the inclusive agenda to allow all stakeholders contribute to the ongoing tourism master plan being put together by Messrs Earnst and Young on behalf of the Lagos State Government.”
Ayorinde further disclosed that the summit deliberation will be enriched by paper presentations by renowned stakeholders in the tourism business, panel discussions and a Keynote Address to be delivered by John Mahama, the former President of the Republic of Ghana.
The gathering will provide a rare opportunity to engage stakeholders, professionals, leading academics and scholars, researchers in the tourism, culture, arts and entertainment industry, local and foreign media practitioners to debate, exchange ideas, deliberate and chart a way forward for Lagos tourism, he added.
In addition, besides the main theme for discourse at the summit, other relevant topics to be deliberated upon include Exploring the Lagos Tourism Eco-system for greater Economic and Social Benefits, financing tourism: the path and possibilities for Lagos State; and M.I.C.E, Creative Content as Tourism Industry panacea.
Ayorinde however enjoined all relevant stakeholders to join the state government’s effort and contribute to the discourse on tourism to achieve the desired objectives.
Speaking at the briefing, a representative of Ernst Young, Adewale Adereti, stated that the strategic intention of developing and transforming tourism, culture and entertainment in the State requires input from relevant individuals and as such a summit is critical to fill existing gaps from stakeholders.
Adewale disclosed that as a visionary and committed leader, Ambode is developing a robust tourism industry that will outlive the current administration and place the city in the summit of tourism destination.
He added that the summit is expected to witness leaders of industries, investors, opinion leaders and other stakeholders exchanging ideas on ways of enriching and exploring the potentials of the State tourism industry.