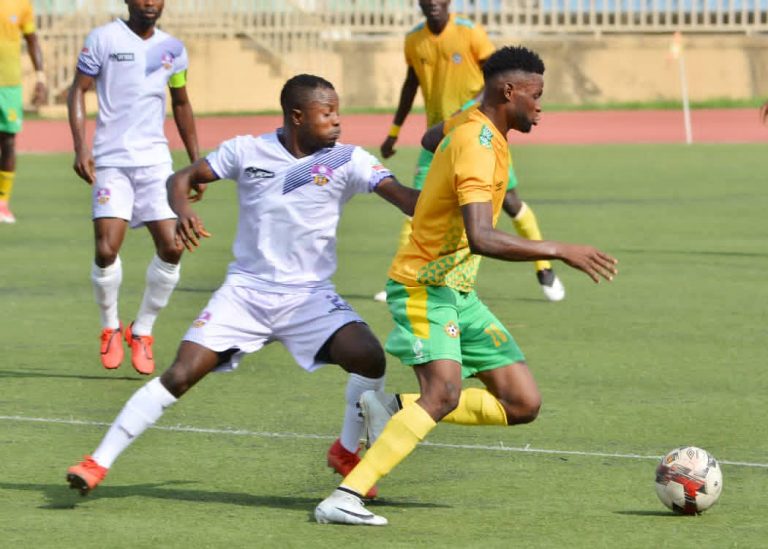 The News Agency of Nigeria reports that the 2020/2021 NPFL match Day 27 encounter was played at the Kwara Stadium Complex, Ilorin.

NAN reports that the game had more drama, but Kwara United had most of the finest opportunities, especially in the early part of the proceedings.

MFM goalkeeper, Bamidele Adeniyi, responded perfectly to Stephen Jude’s free kick in the 18th minute to deny the host from taking the lead.

Olawale Farayola ghost pass his markers and found Michael Ohanu in the process, but the striker missed a glorious opportunity at close range in the 43rd minute.

With seconds left before the break, Adeniyi again made another vital save at close range to deny the host at the near post.

Michael Ohanu called MFM FC’s Adeniyi into action when the goalkeeper struggled with the initial effort but Adeniyi parried away to concede a corner in the 64th minute.

Kwara United’s Joshua Agboola was adjudged to have been fouled by one of the visitors’ defenders in the box in the 70th minute and the centre referee pointed straight into the spot for a penalty.

Kwara United’s captain, Christopher Nwaeze, who took the penalty, sent Adeniyi to the wrong side to score the only goal of the match in 77th minute of play after some drama.

Speaking after the match, MFM Coach, Olalekan Gabriel, said his team played a better side which put them through a lot of pressure that they tried to curtail.

He explained they came to Ilorin to give all it takes to win but they met a good team which denied them space to express themselves.

Gabriel said he will assess the lapses in the game and get the team restarted again to continue another unbeaten run.

His Kwara United counterpart, Abdullahi Biffo, said the match was more of a local derby.

Biffo said MFM fought very well to deny them opportunities to operate the way they wanted to.

“What matters most is the three points, which we already got. I was expecting a game like this, just like when we played them in Lagos,” Biffo said.