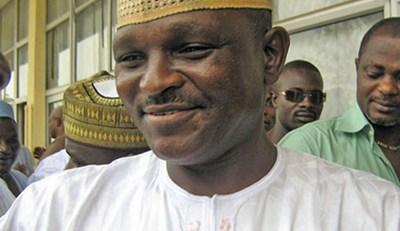 The Lagos State Government has challenged the acquittal of Major Hamza Al-Mustapha and Lateef Shofolahan over the murder of Kudirat Abiola at the Supreme Court.
The State Attorney General and Commissioner for Justice, Ade Ipaye, told newsmen on Tuesday at Alausa, Ikeja that the appeals against the judgments were filed on August 12.
The Court of Appeal in Lagos had on July 12 freed the duo of the murder charge in two separate judgments.
The trial of Al-Mustapha and Shofolahan began in 1999 for allegedly killing Kudirat, the wife of the late Chief MKO Abiola, the winner of the June 12, 1993 presidential election, on June 4, 1996.
The appellate court had upturned the judgment of Justice Mojisola Dada of a Lagos High Court, which sentenced them to death by hanging on January 30, 2012.
Al-Mustapha, a former Chief Security Officer to the late Head of State, General Sani Abacha, and Shofolahan, an aide to the late Kudirat, had since regained their freedom following the judgment.
Ipaye said there were good grounds of appeals against the two judgments, which should be considered by the apex court.
He said: “I can report that we have appealed the judgments.
“One in respect of Al-Mustapha and the other in respect of Shofolahan.
“Both have been studied closely and we came to the conclusion that there are good grounds for appeals and we have since filed all the necessary papers.
“We did that yesterday (August 12).
“Officially, we have indicated that we want to contest the judgments at the Supreme Court.
“It will end all speculations on the matter.”
According to Ipaye, the appeals will give the Abiola family, the defendants and the society the last window of opportunity provided by the constitution for the resolution of the case.
Meanwhile, the Attorney General has faulted a recent report by Amnesty International, a human rights group, which accused the state government of forcefully evicting residents of Badia in Ijora area.
Ipaye said: “The report is false because Governor Babatunde Fashola personally led senior state officials on visits to the area and discussed government’s plans with the people on April 26, 2009 and October 2, 2012.
“So, there were consultations.
“We have had stakeholders’ meetings with the residents to see how those affected can be compensated.”
Ipaye said the government’s decision to build 1,008 housing units on the reclaimed land was aimed at curbing insecurity and threats of terrorism in the area.