Keyamo to Fani-Kayode: Obasanjo’s greatest mistake was appointing crackhead like you 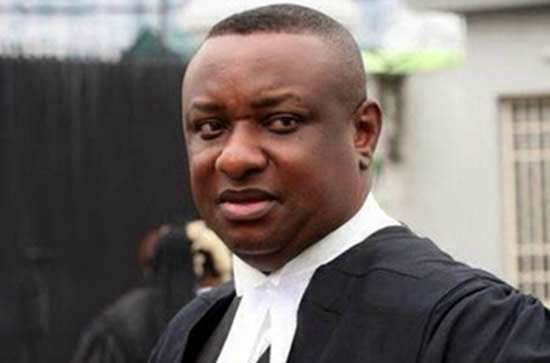 The spokesman of the President Muhammadu Buhari Campaign Organisation for the 2019 election, Festus Keyamo (SAN), has hit back at former Minister of Aviation, Chief Femi Fani-Kayode, for accusing Buhari of massive corruption as the Chairman of the Petroleum Trust Fund.
Keyamo’s tweet on his Twitter handle came just after Fani-Kayode released a terse statement alluding to the indictment of Buhari by a report, which he said was in the possession of former President Olusegun Obasanjo.
Buhari, who is seeking reelection on the platform of the All Progressives Congress, was appointed chairman of PTF by late Head of State, General Sani Abacha.
Buhari had on Tuesday said Obasanjo had nothing to show for the $16 billion expended on power projects during his eight-year tenure.
He spoke when he received a delegation of Buhari Support Organisations, led by the Comptroller General of the Nigeria Customs Service, retired Colonel Hameed Ali.
Obasanjo immediately replied, saying Buhari had no knowledge about the subject he dabbled into.
Fani-Kayode, also a former Minister of Culture and Tourism and later spokesman of the Peoples Democratic Party Presidential Campaign Organisation, took it further on Wednesday.
Fani-Kayode, who headed the PDPPCO for the failed reelection bid of former President Goodluck Jonathan, said: “The greatest mistake that President Obasanjo made was not to prosecute and jail President Buhari for looting PTF funds.
“I saw the report and it was shocking. Billions of dollars had vanished. Obasanjo summoned him and showed him the damning report. Buhari begged like a baby. Sadly Obasanjo let him off the hook.”
Responding, Keyamo, who did not mention Sani-Kayode’s name, tweeted: “The real greatest mistake that OBJ made as President was the appointment of some crackhead into his cabinet with the hope they would stop sniffing the stuff.
“Apparently, that didn’t work, hence years later they’re still on the stuff and recalling things about PMB that never happened.”