by The Eagle Online
in Featured, Politics
2 min read
2

Former President Olusegun Obasanjo has reacted to the death of Senator Buruji Kashamu, with scathing remarks.

Kashamu, the governorship candidate of the Peoples Democratic Party in Ogun State for the 2015 elections, died of complications arising from COVID-19 on Saturday in a Lagos hospital.

Obasanjo, in a letter he addressed to the Ogun State Governor, Dapo Abiodun, referred to Kashamu by a name he was believed to have changed after leaving the United States of America over alleged crimes, Esho Jinadu.

He said: “I received the sad news of the demise of Senator Esho Jinadu (Buruji Kashamu), a significant citizen of Ogun State. Please accept my condolences and that of my family on this irreparable loss.”

Obasanjo said though the representative of Ogun East Senatorial District used the instruments of politics and law to escape justice both in Nigeria and outside, he could not stop death.

He said this was a lesson for all.

He said: “The life and history of the departed have lessons for those of us on this side of the veil. Senator Esho Jinadu (Buruji Kashamu) in his lifetime used the manoeuvre of law and politics to escape from facing justice on alleged criminal offence in Nigeria and outside Nigeria.

“But no legal, political, cultural, social or even medical manoeuver could stop the cold hand of death when the creator of all of us decides that the time is up.

“May Allah forgive his sins and accept his soul into Aljanah, and may God grant his family and friends fortitude to bear the irreparable loss.”

It will be recalled that Obasanjo had adduced the presence of Kashamu in the PDP as the reason for his dumping the party on which platform he was elected president twice in 1999 and 2013.

In a letter to the then Chairman of the PDP, Alhaji Bamanga Tukur, he had threatened to resign his membership of the party unless it dissociated itself from Kashamu.

He said in the letter dated January 7: “Buruji Kashamu has been so extolled in PDP in South-West geo-political zone which I personally find unsavoury. Politics played by any national political party must have morality, decency, discipline, principles and leadership examples as cardinal practices of the party.

“While I continue to remain a card-carrying member of PDP, I cannot and I will not subscribe to a wanted habitual criminal being installed as my zonal leader in the party; a criminal for whom extradition has been requested by the US government. In the meantime, I will consider withdrawing my activity with PDP at local, state, zonal and national levels until the anomalous and shameful situation is corrected.”

Obasanjo eventually left the party at a public event, where he tore his membership card. 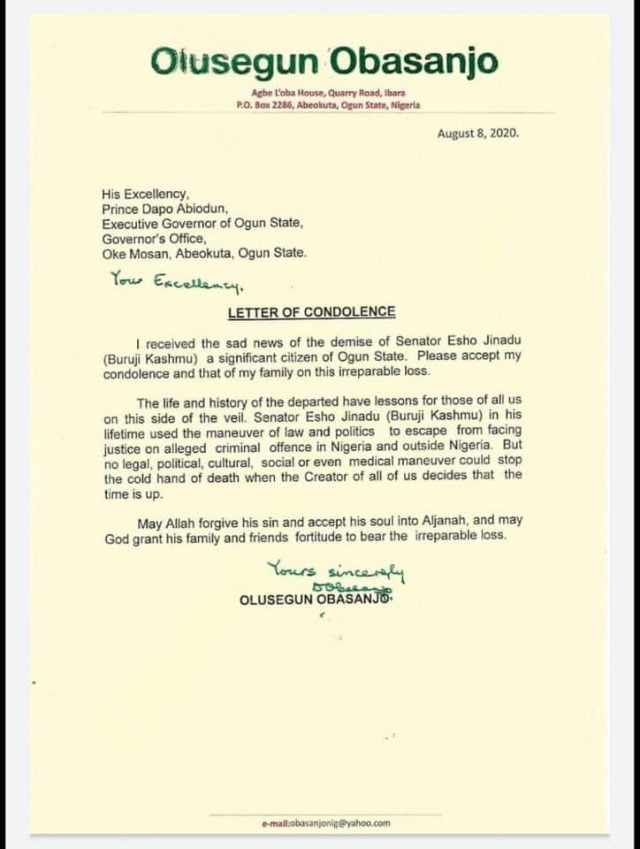