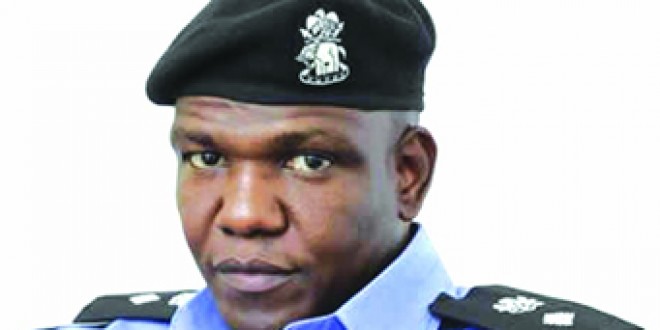 A woman who sells foodstuff at the Cemetery Market area of Ajegunle, Apapa, Lagos State on Tuesday escaped being lynched by an angry mob, which believed she stole a new born baby.
This incident happened just hours after the Force Public Relations Officer, Frank Mba, in a statement revealed how the force had become deeply concerned about the increasing tendency by some citizens to resort to extra-judicial killings, better known as jungle justice, against those suspected to have committed one crime or another in Nigeria.
Eyewitness account claimed that the woman was carrying a baby just delivered by her daughter (names withheld) in a private hospital in Aiyetoro, Ajegunle and was going to her residence at Abukuru Street, also in Ajegunle, when some people saw her and thinking she had stolen the baby, pounced on her.
The woman’s attackers said there was no way a woman her age could have given birth to a new baby and thus attacked her.
All efforts made by the woman to convince the mob that her daughter, a footballer, delivered the child same day proved abortive as they attacked her, tearing off her clothes.
The grandmother attempted to protect herself and baby from the blows raining down on her.
At a point, the new born baby began to bleed from the cord because of the attack.
“The woman cried that they should not kill her and the child and pleaded that they should investigate before attacking her,” said the eyewitness. “The woman even showed them some new clothes belonging to the baby, which were in her possession, but they would not listen.”
The Divisional Police Officer of Ajegunle Police Station, Abayomi Agbana, was alerted and he quickly drafted a team of policemen to the scene, thereby rescuing the grandmother and the baby from the mob.
The Medical Director of the hospital, where the daughter delivered, was invited to the station by the police.
The doctor identified the granny, adding that he told the grandmother to carry the baby to her residence because her daughter who delivered the baby was anaemic.
According to the doctor, the baby was delivered around 8.45am that day.
He told the police that the mother could not breastfeed the baby because of her poor health condition.
He added that it was his professional opinion that any attempt to breastfeed the baby would lead to her death because she has lost so much blood and was looking too pale. Speaking on the marked increase in jungle justice, in the country, Mba said: “The Inspector-General of Police, IGP MD Abubakar, has warned citizens to desist from such reprehensible acts. Every Nigerian citizen is entitled to the Fundamental Right of fair hearing; the IGP insists that none is guilty except a law court of competent jurisdiction expressly says so. He therefore has directed Zonal AIGs, Command CPs and other field Commanders to take adequate measures to ensure that the rights of every Nigerian citizen, including those of suspected criminals, are protected. The IGP warns that any person found to be involved in any acts of impunity or jungle justice must bear the full wrath of the law as two wrongs cannot make a right.”
According to Mba, the Force was not opposed to citizens or members of vigilante groups exercising their powers of arrest as private citizens, adding that powers must be exercised within the confines of the Law.
Mba said: “Therefore, all such persons arrested must be immediately handed over to the nearest Police Station within the shortest possible time. The IGP also called on the social and critical mass particularly the Human Rights Community and Civil Society Organizations (CSOs) to live up to their responsibility of enlightening the public on the dangers and consequences associated with engaging in jungle justice. While promising that the Police will continue to work with other relevant authorities in ensuring quick dispensation of justice at the Law Courts, the IGP implores citizens to repose confidence in the Police and the entire Justice System.”