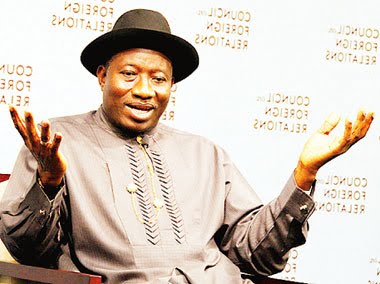 The Ijaw Youths Council has pledged to assist security agencies to free Chief Inengite Nitabai, the uncle of President Goodluck Jonathan, from his abductors.
Nitabai, a community leader in Otuoke, Ogbia Local Government Area of Bayelsa State, was abducted on Sunday.
This was contained in a statement issued on Wednesday in Yenagoa by Eric Omare, the IYC spokesman.
Omare said: “The Ijaw Youth Council, Worldwide, condemns in the strongest terms the kidnap of the 70- years-old foster father of His Excellency, President Goodluck Jonathan in Otuoke, Bayelsa.
“Coming at a time when President Jonathan needs to be in the best frame of mind to face the challenges of governing a complex nation such as Nigeria is most unfortunate.
“While extending our consolation to the Jonathan/Nitabai family of Otuoke, Ijaw Youth Council (IYC) would work with security agencies to fish out the kidnappers.
“To this end, IYC has set up a three-man team to coordinate and collaborate with security agents to fish out the kidnappers.”
The IYC stated that there was no hiding place for kidnappers and criminals in Ijawland, and described kidnapping and criminality as alien to Ijaw culture.
“The IYC believes that no crime can be committed without the involvement of people within the immediate environment,” the statement said.
The group also called on the Bayelsa State Government to ensure that kidnappers of Nitabai were brought to book in line with its anti-kidnapping law.
The IYC said that bringing the perpetrators to justice would serve as deterrent and stamp out criminality from the state.
The Public Relations Officer of the Bayelsa Police Command, Alex Akhigbe, who confirmed the kidnap incident, said that three persons had been arrested in connection with the crime.