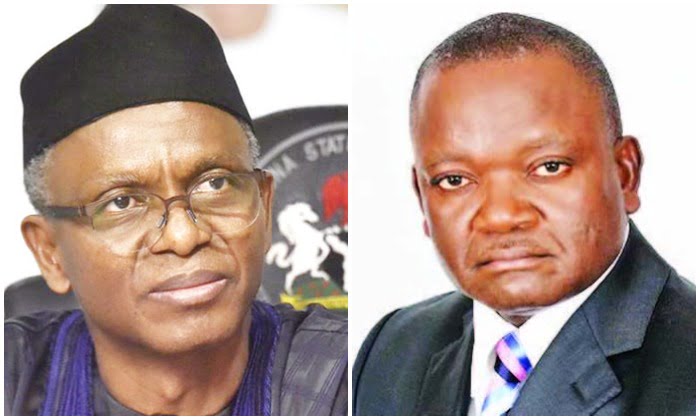 Kaduna State Governor, Nasir el-Rufai, says his Benue State counterpart, Samuel Ortom, uses the insecurity in his state to attack the Federal Government in order to cover up his own failure.

El-Rufai, therefore, stated that he no longer takes Ortom seriously.

The Kaduna governor said this while responding to a video showing Ortom addressing protesters after some killings in Benue State.

The video was played during a webinar organised by the Africa Leadership Group.

Responding, el-Rufai said, “I did not hear what Governor Ortom said (in the video) but I know him and he is not somebody I take very seriously, frankly. He has other issues of governance that he is using the Federal Government as a punching bag to distract attention from his failures.

“Go and find out how many months’ salaries are being owed teachers and public servants in Benue State then you can understand a lot of what Ortom is doing.”

El-Rufai, however, admitted that there is a fundamental problem with the capacity of the Armed Forces and the police.

“We have a serious national problem. I wouldn’t say we are totally helpless but we are in a situation where the Armed Forces and the police have lost significant confidence in themselves and their institutions,” he said.

The governor said security agents need more weapons and there is a need to increase the number of operatives.