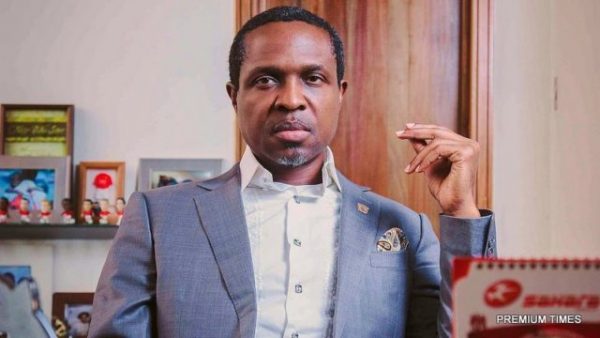 The All Progressives Congress gubernatorial candidate in Rivers, Tonye Cole, says he is deeply touched by the high poverty level and infrastructure deficit in Rivers communities, pledging to tackle the problem if elected.
Cole made the assertion in Ikuru town, Andoni Local Government Area of Rivers on Sunday while speaking with the News Agency of Nigeria on his findings after his ward-to-ward consultation/voter sensitisation tour on Saturday.
He said that having toured some local government areas in the state alongside the 11 wards in Andoni LGA, he was deeply touched by the sufferings of the people.
The governorship candidate said that Andoni communities had yet to have basic social amenities like electricity, water, equipped hospitals, good roads and standard schools.
He said: “I’m worried about the poverty level in Rivers communities, I know poverty is a huge challenge, especially among third world nations, but I think most of these adjudged high poverty indices we should have been able at least to achieve electricity.
“No doubt, lack of electricity which happened to be a veritable tool for small and medium enterprises and mainstay of every economy has left the people of Andoni to struggle with high poverty rate.
“A tour of this area showed that there is no cottage hospital and the risk of maternal and infant mortality should expectedly be high around here.
“Indeed, we need to effectively harness available economic potential in our communities to fight poverty and create employment for our youths.”
The governorship candidate therefore, charged traditional leaders to take advantage of the 2019 generals elections to enthrone credible leaders that would alleviate the plight of rural dwellers.
He said: “l’m here with my team to receive a father’s blessing from the throne and also to seek support from your domain.
“It’s time our traditional leaders begin to use their stool to attract development to our communities.”
Responding, the Paramount ruler, King Aaron Ikuru, thanked the governorship candidate for recognising the traditional stool and assured him corporation from his domain.
He said that as part of efforts to support a peaceful electoral process in his domain, he had issued an instruction against arms proliferation, adding that peace was key to achieving credible elections.
He said: “It’s true that the communities and the world is in great need of good leaders, the world has indeed beamed its searchlight on our election but the truth is that, there can’t be any smooth process without the rural communities.
“In fact, they are the fulcrum of every decent democratic process.
“Permit me to say that my domain is delighted to identify with your aspiration, especially as you have our son, Chief Davies Ikanya as the National Assembly candidate on your political slate.
“God willing, the forthcoming dispensation may offer an indigene of Ikuru town an opportunity to represent our constituency at the National Assembly.”
In the same vein, Maxwell Atabirien, Chairman of the ward also assured him of the support of the party faithful in his ward, saying the ward was ready to ensure a peaceful electoral process.
Atabirien said: “We look forward to good governance, youth employment and infrastructure in this region, and that’s why we will not relent on our support for the APC.”