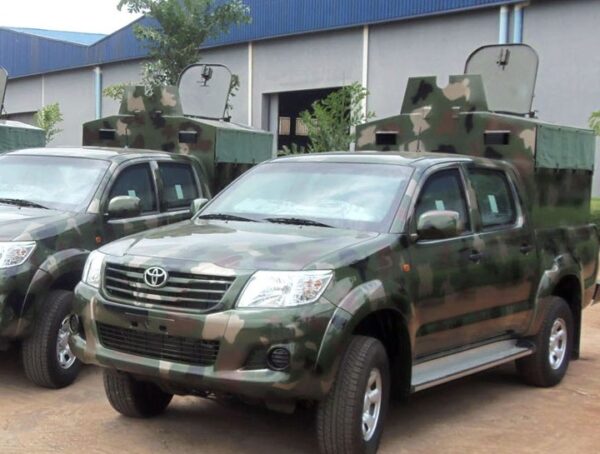 Gunmen suspected to be herdsmen have attacked men of Sector Five of the Special Task Force, Operation Safe Haven, killing two soldiers and injuring one at X-Land of Barkin Ladi Local Government Area of Plateau State.
An eyewitness and resident of the area, who preferred anonymity, told News Agency of Nigeria that the incident occurred on Sunday.
The eyewitness said the soldiers, who were angered by the incident, gave the community two days to provide their attackers, and on Tuesday allegedly raided the area and burnt down scores of houses.
The eyewitness also said the houses burnt largely belonged to Fulani settlers in the community.
The eyewitness added that the army also made some arrests during the raid.
The eyewitness said: “On Sunday, gunmen attacked soldiers of the sector five, killed two personnel and ran into the houses of Fulani settlers living here in X-Land.
“Soldiers came and had a meeting with the Fulanis and told them to provide the culprits but they failed to.
“And yesterday (Tuesday) soldiers came and raided the community.
“They burnt down many houses, over 100, and arrested some persons.”
Efforts to reach the Spokesperson of the task force, Major Ibrahim Shittu, on the matter was unsuccessful as he replied the several calls put across with a text message.
The text message reads: “I have seen your text, will get back to you on it, please.”
But ASP Obah Ogaba, the Public Relations Officer of the Plateau State Police Command, confirmed the incident.
Ogaba said: “It is true that gunmen ambushed security personnel of Sector Five, opened fire on them, killed two soldiers and injured one.
“The issue of burnt houses is not the key matter, but soldiers are attacked and two were killed and this is the major concern here.”