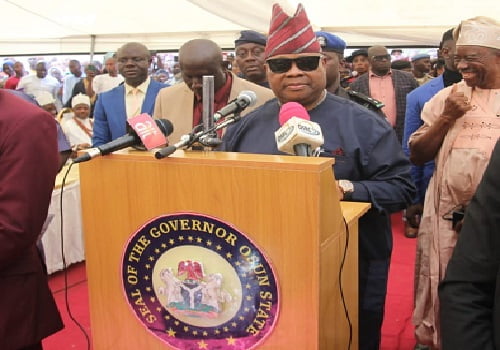 The Osun State Governor, Ademola Adeleke, has denied making executive orders to sack traditional rulers and workers in the state.

The position of the Governor was made known by his Chief Press Secretary, Olawale Rasheed, in Osogbo on Tuesday.

Olawale, who spoke on Rave FM, said Executive Order 1 to 5 shows the intentions of the administration to review, nullify and set aside, while the instrumentality to effect the orders was Order 6, which is the composition of the panel.

He said: “There was never sack of any worker or traditional ruler.

“We only set up a review panel.

“It is impossible to sack and put a review panel in place.

“The review panel is to look at the number of the people that were employed, due processes of the employment, and qualification among other things.

“Before our taking over, there were issues of backdating of employment, even till last year.

“So, Orders 1 to 5 will be operationalised by Order 6, which are the panels.

“Those that were employed from July 17 till our takeover are still at work presently.

“They have not been sacked.

“The staff audit will review the employment.”