by The Eagle Online
in Business, Economy, Featured
1 min read
0

Governor Emeka Ihedioha of Imo State has directed that civil servants in the state should start receiving their full salaries from this month (August).
The directive was contained in statement issued by his Special Assistant (Research), Ogubundu Nwadike.
The immediate past Governor, Rochas Okorocha, had in 2017 slashed the salaries, hinging the decision on the dwindling monthly allocation from the Federal Government.
But on assumption of office on May 29, Ihedioha directed full payment of salaries, but was not immediately implemented.
The statement, tagged: “Treasury Circular,” quoted an earlier circular signed by the Accountant-General, Donald Igbo, clarifying the Governor’s directive. 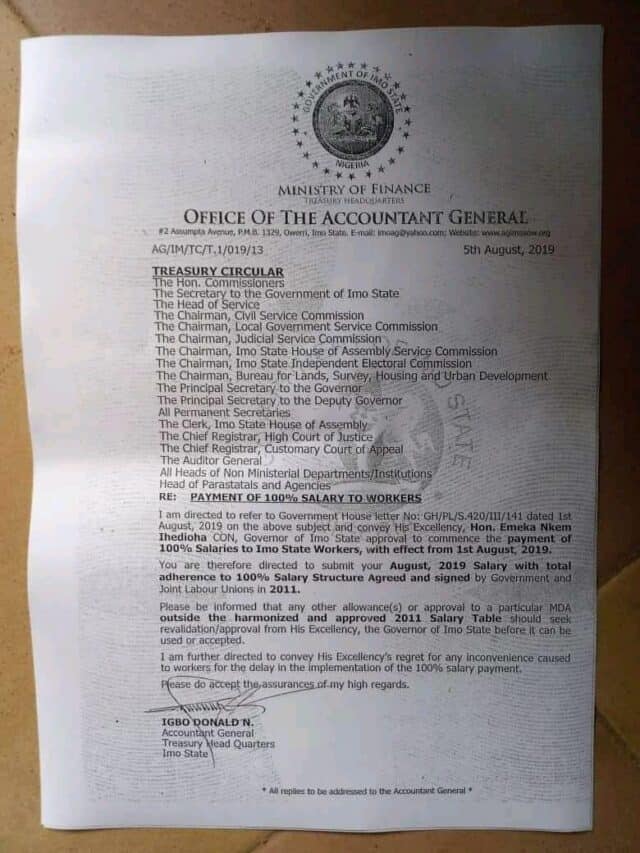