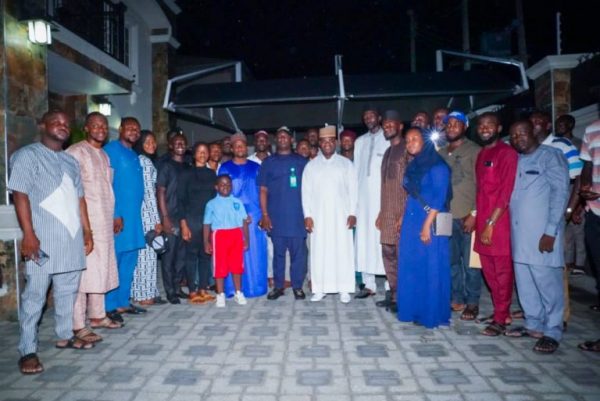 Governor Yahaya Bello of Kogi State has appealed to the National Association of Nigerian Students to stop the proposed June 12 national protest, considering the security situation in the country.

Bello made the appeal when the leadership of the association paid him a consultation visit on Thursday in Abuja, urging them to respect the recognition of the Democracy Day by President Muhammadu Buhari.

He also promised to engage with Buhari and facilitate a meeting with him over their demands, if they would heed to his advice.

The governor added that considering the current situation of the country, a protest might only make things worse.

He warned that persons who do not have the interest of the country at heart might hijack the protest which could turn disastrous.

Bello also advised the students not to allow themselves to be used by some elites and politicians, who would want them to be seen only as troublemakers and not responsible enough to hold leadership positions.

He said: “There are few who want to destroy us by setting us up and saying these are the youths, who want to be the leaders of tomorrow destroying properties, shouting Aluta and causing chaos.

“They will cross their legs afterwards, irrespective of their political parties, dining and wining together.

“I have seen it all and I refuse to be part of it because by so doing we cannot build this country.”

The News Agency of Nigeria reports that the students, therefore, agreed to put a stop their proposed June 12 protest following the interventions of the governor.

The National President of NANS, Asefon Sunday, who confirmed the suspension in an interview with NAN, appreciated Bello for his advice with a promise to halt the proposed protest after meeting with its other Members.

Sunday told NAN that the leadership of the Association would meet with its members on June 11 to convey the message of Governor Bello to stop the protest.

He said the representatives of the Association had a fruitful meeting with Bello who advised them against protesting to air their grievances to the President, but rather through dialogue.

He said: “We had earlier planned our national protest for June 12 to show our grievances, our displeasure that we are not happy with the insecurity in our institutions.

“We all know that it is the responsibility of the government to protect the lives of their citizens.

“With this we felt to meet with prominent Nigerians to discuss our issues and meeting Governor Yahaya Bello today he has appealed to us to stop, promising to meet with President Buhari with our demands.

“We have also assured him to speak with our Members to stop this protest for June 12.”