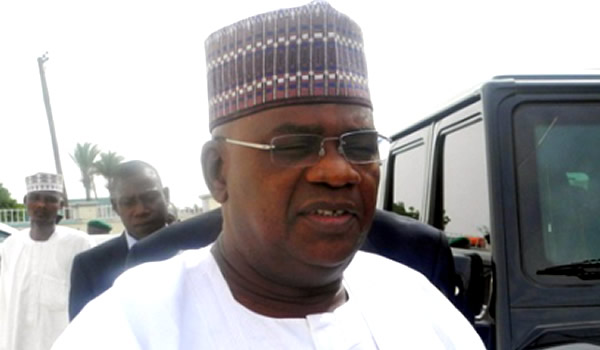 The Attorney General of the Federation’s decision to take over the trial of the Senator Danjuma Goje for corruption is likely to pervert the cause of justice, the Human and Environmental Development Agenda has said.
The group in a statement on Wednesday said many Nigerians have the reason to suspect that transparency is being sacrificed on the altar of politics and horse-trading in the interest of the election of principal officers of the National Assembly.
The former Gombe State Governor, who was accused of misuse of N25 billion, has been facing investigations by the Economic and Financial Crimes Commission for years.
However, a new twist was introduced when the Attorney General of the Federation, Abubakar Mallami, was reported to have taken over the case from the EFCC.
When the case came up for emergency hearing before Justice Babatunde Quadri of the Federal High Court II in Jos, the EFCC’s counsel, Wahab Shittu, said it was withdrawing from the case and handing it over to the office of the AGF in response to the appearance of a counsel representing the AGF office.
Goje, now a Senator, had announced he was stepping down for the now Senate President, Ahmed Lawan, favoured by the leadership of the ruling party, All Progressives Congress.
“There is grave concern the take over of the trial of Goje who has been accused of fraud involving huge sums of public funds will undermine justice. The decision of the AGF to take over the case from the Economic and Financial Crimes Commission, (EFCC)  is raising a lot of concern. There is no justification for this decision. The EFCC is doing a great job through diligent prosecution. The sudden decision of the AGF to take over the case is suspicious. It sends wrong signals to local and international communities that vested political interests are bent on sabotaging the efforts of the EFCC and the entire gamut of anti-corruption campaign,” the statement signed by HEDA Chairman, Olanrewaju Suraju, noted.
HEDA said there was no justification for the take-over except to fuel rife speculations that the case is being tailored to meet “political considerations” as in previous cases taken over by the AGF office.
The leading anti-corruption group said the AGF had set “bitter precedents” that the fight against corruption is selective depending on the political camp the suspected culprits belong.
It said: “Nigeria must show non-partisanship in the pursuit of corrupt public office holders driven by greed and avarice. The country must display the highest moral fabric if corruption is to be a thing of the past. The AGF’s decision has further provided the ammunition for many Nigerians to doubt the credibility of the government and the ruling party in the pursuit of public good.
“The Minister of Justice is a political appointee so there is always the temptation to bow to internal pressure from his political allies. However, the office of the Attorney General is a position meant to serve the interests of justice and Nigerians without any bias, favour or consideration for political affiliation. The AGF swore to an oath to protect the laws of Nigeria and not the interest of a political party. The persistent trend of taking over cases involving members of the ruling party is a dangerous trend that should be brought to an end.”