Frank Lampard: I believe in Iwobi 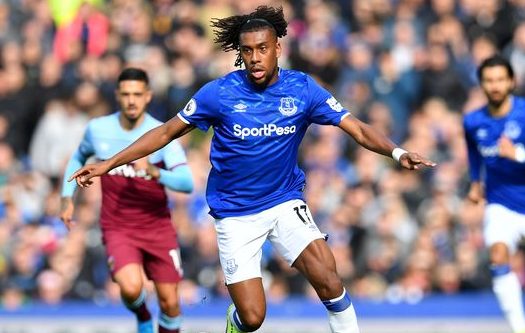 The forward has had a difficult time at Goodison Park since his arrival from Arsenal for a fee of up to £35 million in 2019 and faced flak from supporters.

Iwobi, 25, was handed a first start under Lampard in the Toffees’ clash with Leeds on Saturday.

And he fully justified his place in the team with an excellent display to help Everton deliver a 3-0 victory.

It was just the Blues’ second win in 16 Premier League games and helped ease fears of a relegation battle looming.

Iwobi, who featured in a right-midfield role, will now be looking to finally light the touch paper to his career on Merseyside.

Lampard insisted that the Nigeria international now needs to have trust in his ability to fulfil his potential, having made an eye-catching impact in training.

The Everton manager told LiverpoolWorld: “One of the beauties of coming in like this two weeks ago is it’s a restart, reboot for everybody and I’m open-minded to all the squad.

“What Alex has done is trained at a great level.

“The way we changed the formation of the team and played with wide men, Alex just sort of demanded a place in the team with his performance.

“He just needs to believe in himself. I said it to him before the game.

“I certainly believe in him with the things I’ve seen.

“The work ethic side of the game he shown in that role – it was a tough gig playing against a side against Leeds.

“You have to do a lot off the ball.

“I’ll just keep working on that. We’ve got other players on the bench who can come on.

“It’s important everyone gives their absolute maximum, to the limit. Alex did that today.”