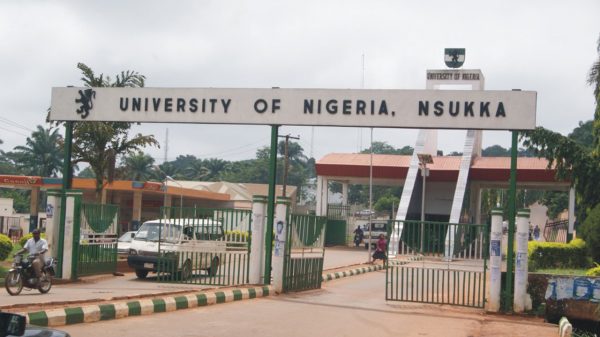 The Enugu State Police Command says a student of the University of Nigeria, Nsukka on Saturday drank a substance believed to be sniper insecticide in a bid to take her life.
The command’s Public Relations Officer, SP Ebere Amaraizu, disclosed in a statement made available to the News Agency of Nigeria in Enugu on Sunday that the student was, however, responding to treatment.
Amaraizu said the attempted suicide happened at 8am on Saturday.
He said: “The victim, Miss Chinwendu Odoh, 24, is from Enugu Ezike  in Igbo-Eze North LGA and a 200 level microbiology student of the University of Nigeria, Nsukka.
“She allegedly drank a substance believed to be ‘Sniper’ insecticide with a view to taking her life.
“Odoh was, however, promptly rushed to the Royal Cross Hospital, Nsukka, where she is being revived.”
According to the spokesman, a full scale investigation into the incident is being carried out by the police.
Amaraizu said: “Information from some sympathisers are pointing toward depression over an unresolved issue.
“The victim is now responding to treatment in the hospital.”