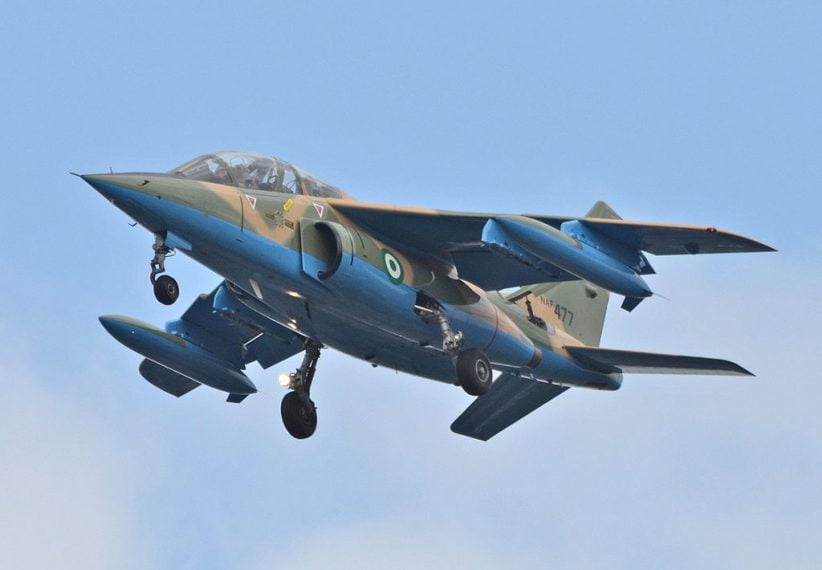 Military and forensic experts have faulted the credibility of a video released by the Boko Haram sect, allegedly showing a Nigerian Air Force (NAF) alpha jet being destroyed mid-air by missiles, supposedly launched by terrorists.

The NAF jet last Wednesday lost contact with radar around 5 pm, while on an interdiction mission in support of ground troops. The mission was part of the ongoing counterinsurgency operations in the North East.

A military source, who was privy to an ongoing investigation on the incident, had told PRNigeria that the jet may have developed technical faults due to poor visibility and bad weather.

The source with forensic background said that there was no projectile of a rocket going towards the jet and there was no display of any anti-aircraft gun/missiles in the video to have aimed and shot the jet.

“The Boko haram video shows different scenes with the different weather condition. Some scenes were visibly clear from sunlight and another look hazy and cloudy.

“There are also unnecessary transitions, between the time the jet was flying in the air and the time of the explosion. Even some of the ragtag Boko Haram fighters were just shooting their guns indiscriminately without aiming at the sky. ”

Kaaman, an independent open-source researcher, with a focus on the use of Suicide Vehicle-Borne Improvised Explosive Devices, SVBIEDs, provided clear video evidence that the insurgents had doctored and manipulated the video.

In a tweet with video, he said: “Boko Haram just released a video claiming it shot down a NAF jet by the group. Looking at the video, it appears as if the jet exploded mid-air. However, this is not true. BH took a 2012 video showing a SyAAF helicopter exploding mid-air over Idlib and superimposed it. Weak

“Just to be clear, the jet really crashed. It’s unclear whether this was due to hostile fire or technical issues. The wreckage can be seen in the same Boko Haram video. This video merely highlights Boko Haram’s fake footage of the shootdown itself.

The researcher provided video evidence showing the section depicting a Syaaf helicopter exploding mid-air after being hit by anti-aircraft fire over Idlib city in Syria in late 2012 with the fake video of Boko in  2021.

The NAF spokesperson, Air Commodore Edward Gabwet has dismissed the claim of Boko Haram on the jet.

In a release captioned “Crashed NAF ALPHA JET Aircraft was not shot down by Boko Haram,” Gabwet said the video was doctored for false propaganda by terrorists.

The air force spokesperson said “One of such videos, in particular, began with sporadic shooting by several terrorists, including underaged children on motorcycles and vehicles. It later skipped abruptly to a scene depicting an aircraft exploding mid-air, supposedly as a result of enemy action.

“…. The video clip failed to show the correlation between the sporadic shooting, which even from casual observation was obviously aimed at ground targets, and the sudden mid-air aircraft explosion. In addition, it is almost impossible for an aircraft to have exploded mid-air, in the manner depicted in the video, and still have a good part of its fuselage, including its tail, intact. Indeed, an explosive impact of that nature would have scattered the debris of the aircraft across several miles,” the statement read.