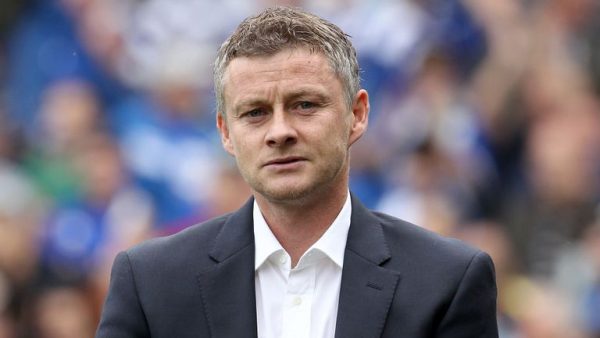 In-form Manchester United head to the Emirates Stadium this afternoon aiming to keep hold of fourth place, as they face an inconsistent Arsenal side.
The Red Devils have been in terrific form since Ole Gunnar Solskjaer arrived in December and head into this match sitting a point better off than their historic rivals.
Just when Arsenal had finally looked to have built some momentum with three wins in a row, they were undone late on by Tottenham Hotspur and then succumbed to a humbling defeat at Rennes.
The Gunners collapsed, not for the first time under Unai Emery, after going down to 10 men in France on Thursday evening, letting slip a one-goal lead to come out of the first leg 3-1 behind.
Emery’s men now have it all to do in next week’s return match, but Arsenal cannot afford to turn focus to that huge tie just yet. The race for a top-four spot in the Premier League remains wide open, though defeat to the Red Devils on Sunday and their aspirations of competing in the Champions League next season will be left in tatters.
Last weekend’s 1-1 draw at Wembley Stadium was a positive result on the face of it for Arsenal, who will rightly feel they deserved more out of the match.
If not for some questionable refereeing decisions, and a poor late spot kick from Pierre-Emerick Aubameyang, the Gunners would be heading into this crucial showdown with United above their opponents in fourth.
As it is, a second defeat to their arch-rivals in the space of six weeks will lead to questions being asked of Emery, who now faces a trophiless campaign in his maiden season on these shores, on top of missing out on the top four.
Alternatively, victory this weekend and Arsenal will be considered many peoples’ favourites to go on and finish fourth, while at the same time giving them momentum heading into the return match with Rennes next week.
Arsenal have won their last eight Premier League home games – they last won nine in a row within the same season at the Emirates back in 2014-15 – but they did lose 3-1 to United in the FA Cup fourth round at the end of January.
Only on two previous occasions have they lost at home to a single opponent more than once in a season – against Nottingham Forest in 1987-88 and Aston Villa in 1993-94.
This really is a massive match for Emery and his players, then, knowing that the outcome of the game could easily define how the Spaniard’s first season in North London will be defined.