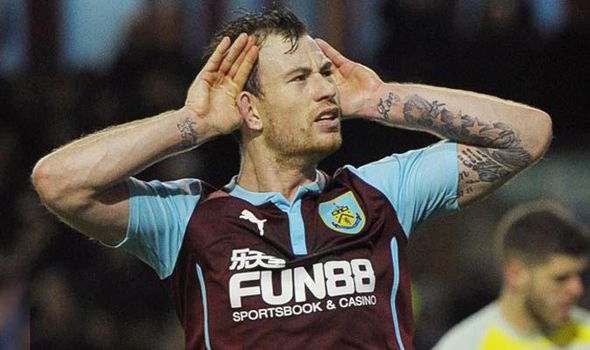 Burnley has moved into the top four of the Premier League table thanks to a last-gasp 1-0 win over Stoke City in Tuesday night’s encounter at Turf Moor.
The hosts were quickest out of the starting blocks as James Tarkowski connected with a free kick launched into the box just two minutes in but headed wide of target.
Stoke quickly grew into the game, however, and troubled Tom Pope on a number of occasions, Peter Crouch and Kurt Zouma both seeing efforts kept out by the Clarets keeper.
The Potters continued to have the better chances midway through the first half as Mame Diouf headed wide after being picked out by Ramadan Sobhi and later forced a corner with a chance deflected wide by Tarkowski.
However, Burnley finished the first half strongly as a spell of pressure culminated in Johann Berg Gudmundsson curling over the bar from the edge of the box.
Neither side could break the deadlock by half time and, despite both sides enjoying numerous chances after the restart, the game remained goalless heading into the final minutes.
However, Sean Dyche’s side managed to find the breakthrough in the 89th minute as Stoke failed to deal with Jack Cork’s long ball, allowing Scott Arfield and Ashley Barnes to exchange passes near the box before the latter slotted past Jack Butland.