The Speaker of the House of Representatives Rep. Femi Gbajabiamila has said Nigerians killed before, during and after the #EndSARS protests must get justice.

The Speaker, who sympathised with Nigerians from all parts of the country as a result of the killings, said the unity of the country remains non-negotiable.

Speaking when he paid a visit to sympathise with the Governor of Lagos State, Babajide Sanwo-Olu, on Sunday, the Speaker said the destruction caused by the protests was a very sad event that should not occur again in the history of Nigeria. 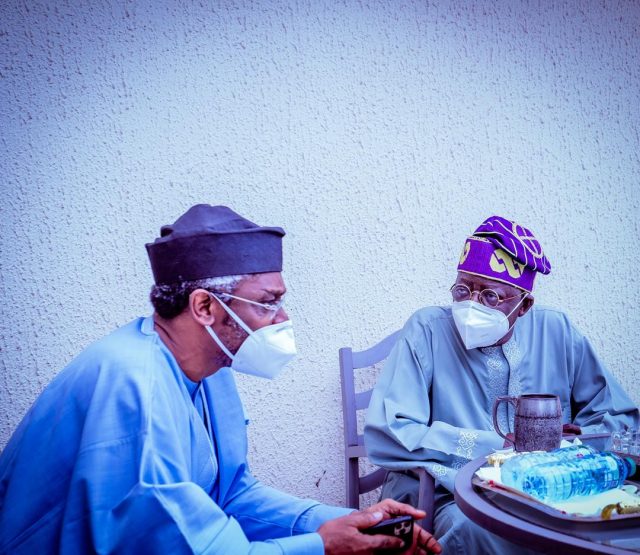 Gbajabiamila and his delegation also paid a visit to the Oba of Lagos, Rilwan Akiolu, whose historical palace was destroyed during the wave of violence that engulfed the state.

The delegation equally met with the National Leader of the All Progressives Congress, Asiwaju Bola Ahmed Tinubu.

Accompanied by some members of the House, Gbajabiamila, at the Lagos House in Marina, expressed sadness over the wanton destruction of property and the devastation after he and members of his team watched a documentary on the incident.

He said: “I came in from Abuja today, not just to stand in solidarity with him, but by extension the people of Lagos State.

“These have been very difficult few days.

“It has even been more difficult for me in the last hour.

“Driving in from the airport and sitting with the governor to watch the documentary here put together, that evidences the carnage we all witnessed.

“It makes us all very sad.

“This, certainly, is not the Lagos of our dream that we all talk about.

“And I know deep down, and I believe no matter how brave a face one puts to it, that even the protesters have their regrets that things went this far, because from my understanding and from what I’ve seen, both those who are pro-protest and those who are anti-protest, were all affected.

“There’s very little I can say.

“But I know that standing with me is a man of courage, a man of destiny.

“Because it’s very unusual for you to come into office, and within a year a few months, you witnessed two calamitous events: first, you were in the epicentre of COVID-19, which you dealt with to the admiration of all.

“Whilst we were still grappling with that, you now became the epicentre of the protests.

Insecurity: Buhari may appear before House of Reps on December 10- Spokesperson

“I want to encourage you to lift your head high, because you discharged your duties as a governor of a state that was troubled in the last few months, or close to one year.”

The Speaker said he did not wish the incident to take an ethnic dimension having heard a lot of conspiracy theories about it.

Gbajabiamila said: “Let us shut our ears to those things.

“This is the mantra that we have in the House of Representatives because if you talk about nation-building, we say it is a joint task.

“I want to also use this opportunity, in a way, to be grateful and commend our brothers and sisters from the North.

“I said this because if the North had been a part of this, I don’t know if we’ll all be standing here today.

“That’s why I commend our brothers and sisters from the North.

“On Tuesday, we talked in the House about compensation. 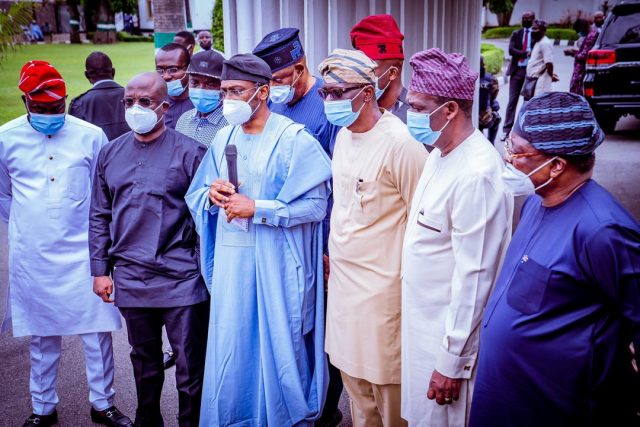 “That will be applicable to all, including policemen that lost their lives in these unfortunate incidents.

“So, Your Excellency, we bring you good tidings and good wishes from Abuja.

“We stand with you.

“Whatever the House can do to help in rebuilding not just Lagos State but other states that have been affected as well from whatever part in Nigeria, the House will definitely join hands.

“Because we’re now in the situation of reconstruction.

“I want to encourage our young men and women out there that you fought a good fight, and I’m sure deep down, you’re not happy with what you’ve seen.

Gbajabiamila said the true situation of what happened in Lekki must be unravelled.

He said: “Your Excellency, the ground zero of what happened here is Lekki.

“That was what precipitated the violence and the carnage the following day.

“And if that was indeed what happened, then the law must take its course.

“But if that was not what happened, the law must also take its course.

“Either way, the law must take its course.

“The governor was telling me just now that it was going to cost about a trillion naira to rebuild Lagos.

“That makes my heart heavy.

“And I asked the governor what’s the budget of Lagos State?

“What are you planning?

“And he told me that they’re planning a budget of about a trillion naira.”

Insecurity: Buhari may appear before House of Reps on December 10- Spokesperson

Despite widespread criticism, outgone VC of UI hailed by some

Another baby factory unearthed in Ogun