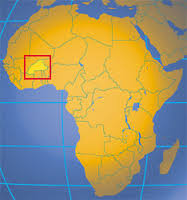 Ten soldiers and a gendarme in northern Burkina Faso were killed on Friday in an attack by unidentified gunmen on a military post, the army said.
Attacks in Burkina Faso were rare before a major strike by al Qaeda-linked fighters on a hotel in Ouagadougou that killed 29 people in January.
Islamic militants are active in Burkina Faso’s northern neighbour Mali and Burkinabe authorities are concerned the long desert border between the two countries could become a transit point for militants.
The army said: “Friday’s attack about 30 km from the Malian border began at around 5 a.m. (0500 GMT) and was carried out “by about 40 heavily armed individuals who have not yet been identified.”
A newly-formed militant group led by a fighter formerly loyal to Algeria’s Mokhtar Belmokhtar claimed to have attacked a Burkinabe military position in September, while unidentified gunmen killed three Burkinabe soldiers and two civilians in October.