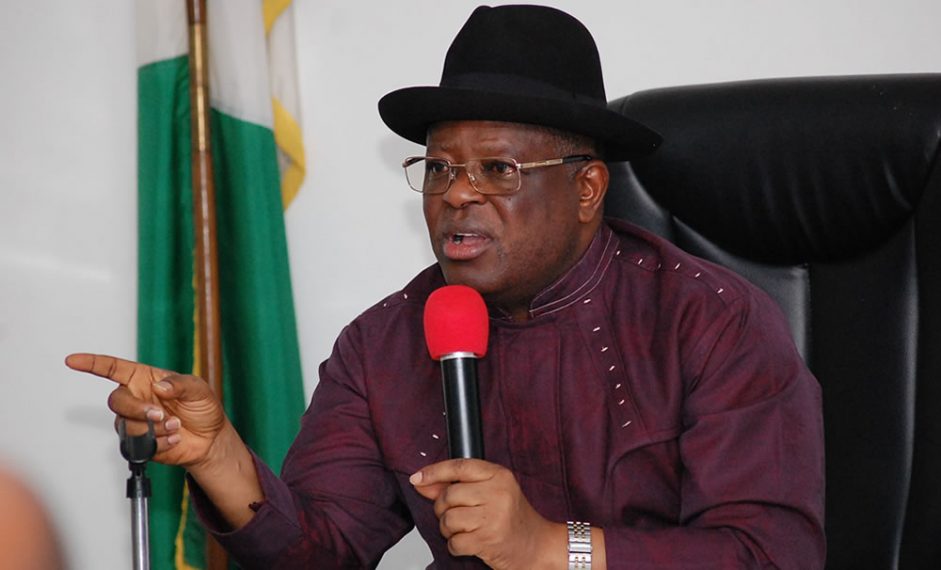 The Ebonyi State Government is completely committed to the autonomy of the judiciary, Governor David Umahi has said.

Umahi made this known at an event to usher in the 2021 to 2022 Legal Year on Wednesday in Abakaliki.

It was with theme: “The Judiciary and Journey to Independence.”

Umahi said: “We have signed into Law Judicial Law on Autonomy, meaning that Ebonyi State is now Judiciary Autonomous.”

Umahi maintained that the fundamental essence of the autonomy must be defined.

He added: “We must define the fundamental essence of this autonomy.

“If we are talking of eliminating corruption the answer is no, the autonomy is skewed against the Executive arm of Government.

“In Ebonyi, we have done the needful, though the autonomy is not working.

“Even when you have a budget and it clearly demarcated the boundary of the autonomy, you will still see the judiciary lapping and overlapping.

“Once in a while, you will remind them that there is autonomy; you have your own money and I have my own money, I need my responsibilities.

“So, the autonomy is not working very well, it is skewed against the executives and so, I think we need to review the law to truly make it that everybody should stand on his own.”

Earlier, Justice Elvis Ngene, the Chief of Judge of the state, said the legal year will provide an opportunity to appraise the activities and challenges of the previous legal year with a view to projecting the aspirations and targets at better justice delivery.

Ngene said Judicial Financial Autonomy was an issue the judiciary cannot shy away from until the needful was done.

“We can hardly shy away from the subject until the needful is not only said to be done but seen to be done ,” he said.

Ngene said the judiciary shall continue to relate positively with other arms of Government inorder to enhance the growth of democracy in the State.

He added: “The parties involved in handling this issue have gone a long way.

“Over here in Ebonyi, our governor has shown so much interest in having the issue laid to rest.

“The Ebonyi House of Assembly has already passed the financial autonomy bill and same is now before His Excellency, our dear governor.

“We understand that very soon action will be completed on the instrument and the rest will naturally become history.

“It is heart warming that even when the process is still at its early stage, the governor directed the judiciary to handle her payment of salaries.

“As it stands, the judiciary now receives capital and recurrent expenditures in full unlike what obtained before now.