Cybercrime: NITDA makes case for youths in legitimate IT businesses 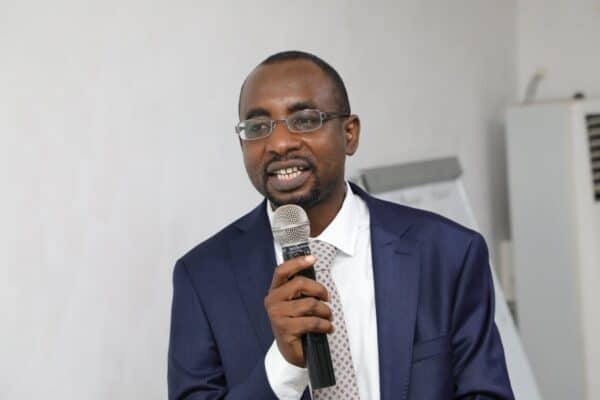 The National Information Technology Development Agency has appealed to the Nigeria Police Force to allow young Nigerians with genuine IT businesses operate freely.

The Director-General of NITDA, Kashifu Inuwa, made the call on Wednesday when he paid a working visit with the management team of the agency to the Inspector General of Police, Usman Alkali, in Abuja.

Inuwa said there were innovations being initiated by Startups across the country, which was impacting positively on the digital economy agenda of the country.

She said: “The critical role of start-ups in our journey towards a Digital Nigeria cannot be overemphasised.

“However, some tech start-ups have reported being harassed by some Law Enforcement Agencies, with some having their IT systems confiscated.

“This has negatively impacted on their business operations as well as the economy.

“NITDA maintains a database of genuine start-ups with verifiable business ventures and duly registered with the agency and access to such a database can be granted to the Force when need arises.”

Inuwa also said in spite of genuine individuals running their IT businesses, there were cyber criminals that engage in cyber attacks, while there are private and public organisations that violate data in their possessions.

He recalled that NITDA in January 2019 established the Nigerian Data Protection Regulation to ensure that citizens’ data were protected.

He added that they would collaborate with the NPF to ensure that public and private organisations complied with the provisions of NDPR.

Inuwa said the enforcement would ensure that citizens’ personal information was protected, tackle the menace of cybercrimes and encourage safer use of Internet among individuals, public, and private organisations in the country.

He said: “Cybersecurity has become very essential in today’s world where the society is more reliant on digital technology than ever before; and the sophistication and relentless attacks of cybercriminals are incomparable.

“There is apparently no sign that this trend will slow down anytime soon and there is need for the collaboration between NITDA and the Force to tackle the menace through ensuring that organisations protect the personal information of all citizens at their disposal.”

Inuwa decried that individuals, private organisations, government establishments, Military and paramilitary have all been targets of online attacks due to high rate of data leakage on the internet.

He said: “Reports from our cybersecurity monitoring platforms have indicated that activities of cybercriminals have increased exponentially; data leakage that can lead to identity theft are now being posted on social media and even auctioned for sale on the dark web.

“It is important to note that this is a global phenomenon, nations around the world are reporting increased numbers of cyber espionage, Business Email Compromise Scams, Identity theft, among numerous other cybercrimes.”

The Director-Feneral added that the agency was strengthening its Computer Emergency Readiness and Response Team to provide support for Ministries, Departments and Agencies in addressing Cybersecurity incidents.

He further stated that the agency publishes Information Assurance Guidelines for MDAs towards ensuring that they implemented the minimum controls required to safeguard their information assets.

Inuwa also said the enactment of the NDPR further ensured that personal data of data subjects were protected, adding that mechanisms are in place to ensure that violations to the regulation were investigated and sanctions applied where necessary.

He recalled that the Federal Government had in April 2006 issued a circular directing all MDAs planning to embark on IT projects to obtain clearance from NITDA and subsequently re-enforced by another circular issued in August 2018.

Responding, Alkali appreciated NITDA and assured it of the Force’s support towards realising the agency’s mandates.

He reiterated the need for synergy and collaboration with NITDA, stating that no organisation can effectively operate without leveraging digital technologies and NITDA being the IT regulator in the country, was central to the activities of the Force.