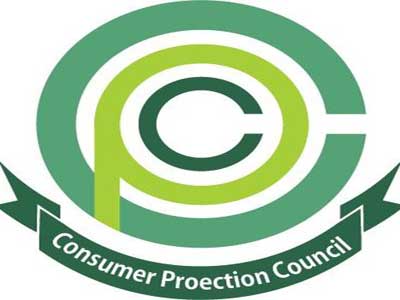 The Consumer Protection Council has dissociated itself from an insinuated N17 million judgment against Coca-Cola by the Supreme Court of Nigeria.
Babatunde Irukera, Director-General of CPC, said this in a statement by Abiodun Obimuyiwa, the Head of Public Affairs of the council, on Wednesday in Abuja.
The Supreme Court had reaffirmed the judgment of the Court of Appeal, awarding N17 million against Coca-Cola, a Nigerian International Company for wrongfully terminating the employment of Titilayo Akisanya.
The suit was filed on behalf of Akisanya by Babatunde Irukera on February 10, 2012.
Irukera was then a Partner in Simmons Coopers Partners, a law firm in Nigeria that had the incumbent Acting President, Prof. Yemi Osinbajo (SAN) as its Principal Partner.
Akisanya was employed by the respondents as Human Resources Manager on December 11, 2001.
Irukera said: “Our attention has been drawn to a publication suggesting that the CPC secured judgment in the sum of N17 million against Coca-Cola from the Supreme Court of Nigeria.
“Although, the story factually reports that I (Irukera), prior to my appointment, was a partner at Simmons Cooper Partners and I in that role, represented the respondent (Akisanya) in that appeal, which emanated from the National Industrial Court as far back as 2012.
“The subject of the litigation appears to be a private employment dispute between Coca-Cola and Akisanya and the conflict was not about, or on account of a consumer issue or failure.”
According to Irukera, there is no underlying complaint or apparent statutory jurisdiction of the CPC.
He said: “The only connection of CPC to the case is that the court decision was delivered by the Supreme Court at a time after counsel of record, (Irukera) was appointed as Director-General of CPC.
“This was done even after knowing that Irukera previously argued the case before the appointment.”
He reiterated that Coca-Cola, like any other company, was within the consumer protection jurisdiction of the CPC.
Irukera further said the case was not about any such issue suggested and that the CPC neither contributed nor participated in the dispute or judicial process.