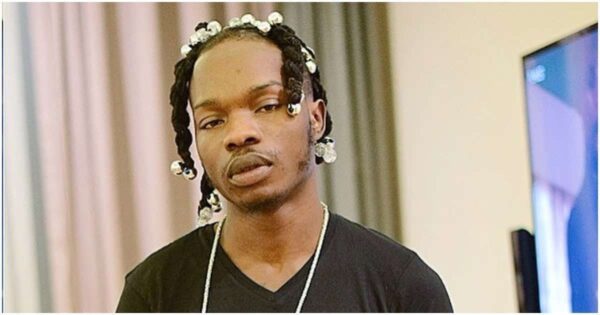 A Tinubu Magistrates’ Court in Lagos on Tuesday dismissed a car theft charge filed by the police against hip hop artist, Azeez Fashola, popularly known as Naira Marley, his two brothers and cousin.
The Chief Magistrate, Tajudeen Elias, dismissed the charges after receiving a letter from the police disclosing their intention to withdraw the case.
Marley, his two brothers: Idris, 18; Babatunde, 24; and cousin, Kunle Obere, 22, were charged with four counts of of conspiracy, theft, assault and obstructing the police.
They were arraigned by the Police on December 16, 2019 but Marley, the fourth defendant, was absent.
The court granted the trio N500,000 bail each with two sureties in the like sum.
Chief Magistrate Elias ordered the Investigative Police Officer to produce Marley in court on December 31, 2019 so he could take his plea.
Following his failure to honour the court date and pleas for another chance by his counsel, Awokulehin Ayodeji, the court threatened to order the artiste’s arrest if he didn’t show up in court today (January 14).
At the commencement of proceedings, only Marley’s brothers and cousin were present.
The prosecutor, ASP Edet Okoi, told the court that Marley and the three other defendants had reached an out of court settlement with the complainant, Adelekan Ademola.
Okoi tendered a letter bearing the agreement to Magistrate Elias.
The defendants’ counsel confirmed that a deal had been reached.
Chief Magistrate Elias also confirmed the agreement from Ademola, who was present.
He said: “In view of the letter of withdrawal, the defendants are hereby discharged.”
Afterwards, Marley’s lawyer told the News  Agency of Nigeria why Marley was absent.
Awokuleyin said: “As we speak, he is not even in the country.
“He is abroad for medicals.
“But the most important thing is that the charge has been withdrawn and consequentially, the matter is dead.”
The lawyer declined to state the terms of the agreement.
Awokuleyin said: “We reached a resolution and parties were able to settle the matter. As we speak, the matter has been discharged from court and the charge has been dropped. The terms are confidential.”
The complainant in the case, Ademola revealed that his car had been repaired and the items taken from him returned by the defendants.
He also explained the reason for the prosecution.
Ademola said: “Nobody is above the law.
“You don’t take the law in your hands.
“That’s the reason.
“It (what happened to me) could have happened to any other person.
“That was my main reason for taking it up to this level, that’s what I gained out of it, to make an example.
“It’s not for any (financial) gain.
“Also, I don’t want a situation where I would have to be looking over my shoulders the rest of my life.”
He said he was not coerced into settling the case.
He said: “I’m satisfied with the settlement terms.
“My items are intact, my car is fixed, my phone has been returned.
“I was not pressured to make the agreement.
“I have never met Naira Marley.
“I have no relationship with Naira Marley.
“This is the first time of meeting him in person.”
In the dismissed charge, the police claimed that Marley’s brothers and cousins, while in a motorcade with Marley, stole a Toyota Camry vehicle with Registration No. FEE 120 AA valued at N1.8 million and an iPhone X5 worth N330,000 belonging to Ademola.
The court heard that the three defendants and others at large assaulted the complainant by beating him up.
Okoi alleged that the second defendant, Babatunde Fashola, and others at large obstructed the police while performing their lawful duty and prevented them from arresting Marley.
He said: “One of the vehicles in the musician’s motorcade hit the complainant’s vehicle from the back while he was throwing out money from his vehicle to his fans.
“When the complainant came down from the vehicle to inspect the damage, Obere entered the complainant’s Camry and drove it off with the motorcade.
“Ademola reported to the police and the vehicle was tracked to where it was parked at Jakande Crescent, Oniru in Lagos.
“When the police arrived at the location in company of the complainant, Naira Marley and his boys started beating the complainant.
“A group of boys obstructed the police from arresting the musician but they were able to apprehend the three defendants.”
He said the offence contravened the provisions of sections 112,172, 287 and 411 of the Criminal Law of Lagos State, 2015.