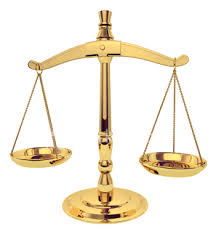 An Ikeja, Lagos State Magistrates’ Court on Tuesday discharged an alleged armed robber, Victor Umana, 32, following advice from the Lagos State Director of Public Prosecutions.
The Magistrate, Margaret Dan-Oni, discharged the accused and ordered that he be released from prison custody as he had no case to answer.
Dan-Oni said: “I hereby order the immediate release of the accused from prison custody.
“He is hereby discharged.
“The court consequently discharges the accused, as the ingredient of armed robbery were not presented in the case against him.”
The DPP’s advice stated that after careful consideration of the facts, no prima facie case of conspiracy to commit robbery was established against Umana.
According to the advice, the allegation to commit robbery, which are contrary to Sections 295 and 297 (3) of the Criminal Law of Lagos State, 2011, was not disclosed against Umana.
“To establish a prima facie case of armed robbery, the prosecution must prove that there was robbery or a series of robberies, that the robbers were armed and the accused person took part in the armed robbery,” the advice stated.
The DPP noted that the complainant stated that a robbery incident took place on their street.
The armed robbers entered people’s houses and stole their belongings.
It stated further that Umana was arrested on the street on his way home at about midnight by the operatives of Oodua People’s Congress, who took him to his house for recognition.
It said” “His neighbours identified him as one of the occupants of the building.”
Umana said he knew nothing about the robbery.
Also, no implicating materials were found on him.
The advice of the DPP added: “He was only arrested on suspicion that he may be one of the robbers.
“The position of the law had always been that suspicion, no matter how grave, cannot sustain any charge.
“In the light of the foregoing, this office shall not prosecute Umana, as there is no sufficient evidence linking him with the commission of the offence.”
Umana was arraigned on September 6, 2013 on a two-count charge of conspiracy and armed robbery.
The accused had since then been in prison, awaiting the DPP’s legal advice.
The prosecutor, Inspector Edet Okoi, had told the court that the accused conspired with others at large to rob Favour Chinedu.
Okoi said the accused and the others, armed with a locally made pistol and other dangerous weapons, robbed the complainant of a blackberry handset, wristwatch and N47,000 cash.
The prosecutor said that the offence was committed at 4am on August 17, 2013 at 4, Oluwakemi Street, Shasha, Lagos.
Okoi said that the offence contravened Sections 1(2) (a), and 5 of the Robbery and Firearms (Special Provisions) Act, Cap 398, Vol. XXII, Laws of Federation of Nigeria, 1990 (Amended).