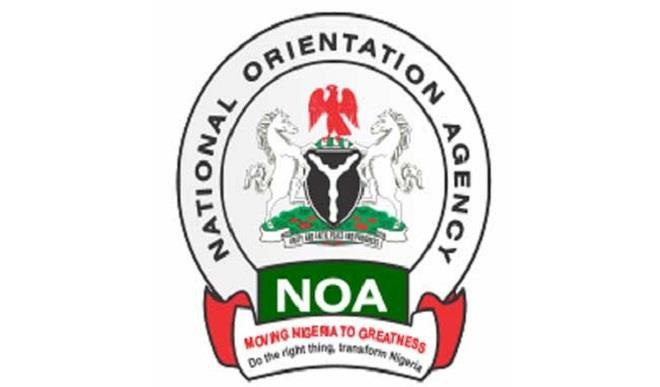 The Independent Corrupt Practices and other related offences Commission has partnered with the National Orientation Agency to scrutinise the execution of constituency projects by politicians.
Waheed Ishola, Lagos State Director of NOA, made the disclosure on Tuesday at an Interactive session organised by the Socio-Economic Rights and Accountability Project in partnership with the NOA and the Department for International Development.
The News Agency of Nigeria reports that the interactive session was entitled: “How to Sensitise Citizens on Anti-Corruption Social Norms and Mobilise them to support and participate in the fight against Corruption.”
Speaking, Ishola said the fight against corruption by the President Muhammadu Buhari-led administration was gaining momentum and that no “sacred cows” would be spared.
He said: “In the past, the politicians would collect money for constituency projects, you will not see the constituency and you will not see the projects.
“The ICPC has partnered with the National Orientation Agency to follow up on the execution of constituency projects.
“If any politician fails to execute his/her constituency projects, he/she will be reported to the ICPC.”
Enjoining traditional rulers and religious bodies to inculcate values and morals in their subjects and congregants, Ishola said Nigerians were the critical stakeholders in the anti-corruption fight.
Presenting the result of a survey, entitled: “How Corruption is viewed by Nigerians in view of various Social Norms,” Abosede Popoola, a SERAP Researcher, said 2,549 Nigerians across all the geopolitical zones were sampled in the anti-corruption survey.
Popoola said 82 per cent of the individuals surveyed said non-corrupt persons were not appropriately rewarded in the country.
She said: “We sampled 55 per cent of the respondents in urban areas and 45 per cent in rural areas, with 53.7 per cent of the respondents being male and 46.3 per cent female.
“An overwhelming 96.2 per cent said that corruption is a problem in Nigeria and 56.5 per cent of the respondents said that corruption can be fought, while 43.5 per cent said corruption cannot be fought in the country.”
The SERAP researcher recommended an urgent overhaul of the country’s institutional framework against corruption to ensure swift and conclusive action against the corrupt.
Popoola said: “The power of social media also needs to be properly harnessed in the fight against corruption.”
Dr. Dele Seteolu, a lecturer in the Department of Political Science, Lagos State University, said to properly enlighten members of the public on the pitfalls of corruption, the results and recommendations of the survey should be interpreted in traditional dialects.
Seteolu recommended that platforms should be created on websites and on social media to encourage discussions on the results of the survey among members of the public.
He said: “NOA officials and local government chairmen should devise means of putting this report as an addendum on social media.
“The audience present should think of how to mobilise individuals, families, communities, occupational groups and professional groups in the fight against corruption.
“Community development associations should also be used to sensitise the public on these matters.”