Climate Change and the Surging Extreme Weathers, by Samson Bright 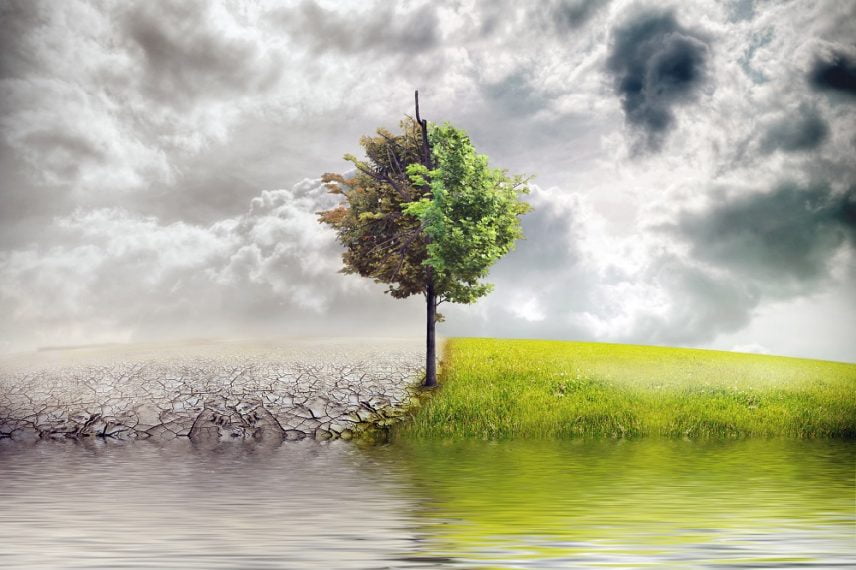 The persistent downplaying of climate change mitigation actions worldwide is really heartbreaking. Most disturbing, quite a number of folks still doubt the existence of climate change. After Hurricane Ida in United States that claimed 45 lives and destroyed multimillion-dollar worth of properties, I asked myself, when will world leaders take drastic measures to save our planet from environmental catastrophe hovering over us? Is it until extreme weathers wipe one third or half of the human race?

Out of all planets in our solar system, only Earth supports life. No proof yet that man has the adaptive features to survive on Mars—the other planet debated to have tendency of supporting life. Saving the Earth from impending doom is our collective obligation. Sustainable development which is the principal solution to climate change is capital-intensive. Consequently, in my own perspective, funds budgeted for missions to Mars should be diverted to projects that would save our planet. At least, our hope of surviving here is guaranteed if we keep up with sustainable development in our socioeconomic activities and urbanization strides, rather than chasing shadows to other planets.

Meteorologists are now recording unprecedented high temperatures since official record keeping began. In May 2021, temperature breaking the world-record beforehand was recorded at Lut desert, Iran and Sonoran desert, Mexico according to bulletin of American Meteorological Society.

The Amazon, proverbially the world largest rainforest, was previously a big absorber of carbon. Sadly, the forest emitted nearly 20 percent more carbon dioxide into the atmosphere over the past decade than it absorbed as revealed by new studies; and this anomaly is attributable to poor enforcement of conservation law by the Brazilian government, thereby escalating deforestation and bush burning. Large percentage of woods in global timber trade is sourced from Brazil.

The impacts of climate change are more severe in developing countries leading to food insecurity, sickness, death, water scarcity, and malnutrition of millions of people annually, to say the least. United Nations report lending credence to this argument revealed that there were above 11,000 weather-related disasters between 1970 and 2019, claiming over two million lives and 90 percent of the deceased were resident in developing nations. Though the developed nations suffer less consequences of climate change owing to their technology advancement and low poverty vulnerability, they’re now increasingly cut in the aftermaths. The July, 2021 severe flooding that struck Germany for days resulted in more than 184 fatalities. It was the deadliest disaster to strike the country in decades. In Canada, all-time high temperature was recorded during the heatwave in June, 2021. The extreme weather claimed dozens of Canadian lives. In August, 2021, a devastating storm in China birthed serious flood that killed over 21 people and left 80,000 people displaced.

Climate change evidently raises global temperature, thereby enhancing dryness of forests precipitating increase in wildfires worldwide. According to the National Interagency Fire Center, the United States in 2020 recorded 58,920 wildfires compared with 50,477 in 2019. The intense heat of the raging conflagration consumed above 10 million hectares of land, damaged thousands of properties and killed 33 people.

Currently, our air, food, and water are being polluted by our activities. Professor David Suzuki said, “if we pollute the air, water and soil that keeps us alive and well, and destroy the biodiversity that allows natural systems to function, no amount of money will save us.”

The ecosystems of which man is an integral component are strongly connected to one another. Environmental degradation is detrimental to our mutual survival; without the environment, no humanity. Reactions of the environment towards us are predicated upon our activities.  Globally, multiple studies year-on-year have proven the verity of climate change beyond rhetoric, but politics among world ruling class is decelerating significant implementation of mitigation recommendations postulated by climatologists.

China especially in its quest to be the world’s commercial hub emits more carbon into the atmosphere than any other country yet infinitesimal in its efforts towards cutting down emissions, despite being a signatory to the Kyoto Protocol. The surging emissions are precursors of lethal weather disasters to come. Some resultant effects of climate change like the melting of ice caps at the Arctic and Antarctic regions are irreversible, however, accelerated precise apolitical efforts would palpably degrade the impacts already posing grave danger to lives on Earth. The best time to act is now before it is too late.

Bright wrote in via [email protected]

Nigeria does not have any reason to be poor, by Gbenga Daniel

Ahmad Lawan and a reporter’s jaundice, by Ola Awoniyi