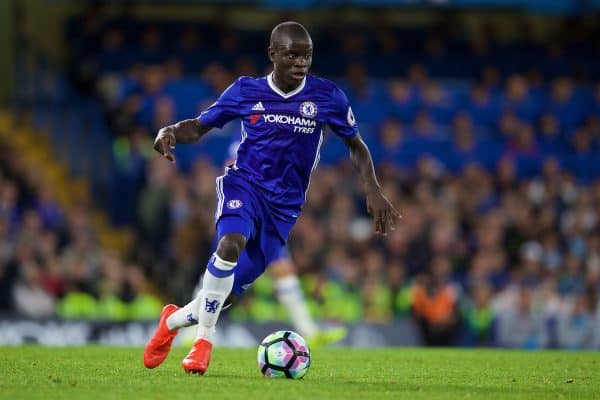 The 30-year-old has again been a vital player for the Blues during the 2021-22 campaign, making 27 appearances in all competitions, contributing two goals and three assists in the process.

Kante’s contract at Stamford Bridge is due to expire in June 2023, though, and there has been a host of speculation surrounding his future in recent months.

There have been suggestions that Chelsea would be prepared to sell the France international during this summer’s transfer window if the right offer arrived.

However, according to TuttoMercatoWeb, the Blues are in ‘early talks’ with Kante’s representatives over a fresh contract with the Champions League holders.

The report claimed that the midfielder, who moved to Stamford Bridge from Leicester City in the summer of 2016, will be offered a new deal until June 2025.

Kante has made 245 appearances for Chelsea, scoring 13 times and contributing 13 assists in the process, while he has won the Premier League, FA Cup, Champions League, Europa League, UEFA Super Cup and Club World Cup during his time at the club.