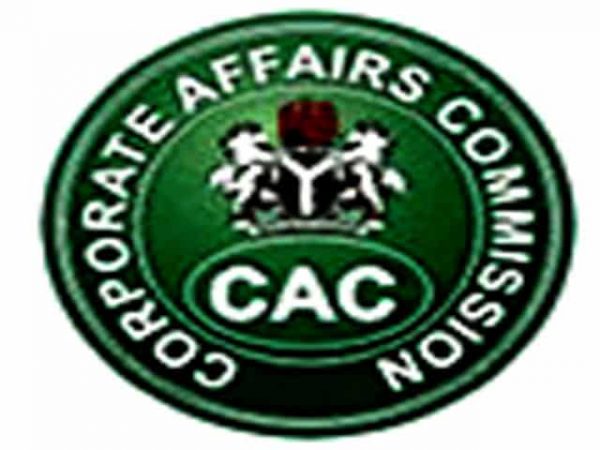 The staff union of the Corporate Affairs Commission in Abuja on Tuesday shut down business activities at the commission’s headquarters as the members began warning strike over alleged non-payment of salary arrears.
The Chairman of the staff union, Ibrahim Kirfi, alleged that the management of CAC defaulted in the payment of salary arrears.
Kirifi told the News Agency of Nigeria that the strike was due to non-implementation of salary arrears agreement on huge disparity between the executive and non-executive staff.
He said it was necessary for the management to pay the arrears from January 2014 to date, adding that if the demands were not met, the strike would continue indefinitely.
Kirfi said the industrial disharmony between the management and staff dated back to October 2013, when former President Goodluck Jonathan announced an increase in emoluments of staff by 53.37 per cent relativity pay.
According to him, the agreement has been reached that an increase of 15 per cent and 35 per cent be made in favour of the executive and non-executive staff.
He said: “In February this year, we were on strike on the same issue.
“A meeting was called at the Ministry’s Permanent Secretary’s office.”
Kirfi said at the end of the deliberation, it was agreed that the arrears be paid and the disparity bridged within three months, adding: “The termination of the three months was May 2017.
“Before the expiration of the three months, the union did issue a reminder letter to the management and also copied the Permanent Secretary and the Ministry of Industry, Trade and Investment.
“We issued another ultimatum to commence strike; this strike would have commenced June 12 but on May 31, the Minister of Labour and Productivity called for a meeting and said the needful will be done and that the planned strike be called off and we agreed.
“A committee was formed consisting of the management, union members and representative from our mother ministry, to work out modalities on how to bring solution to the pending issues.
“We initially wanted to get our money 100 per cent but we were told after the deliberation by the management that we can only get pension as a lead way, we agreed.
“Out of nine per cent, we were told we can only get five per cent directly and four per cent will go to our pension and we still agreed for peace to reign.”
According to Kirfi, the committee went back to the Ministry of Labour and Productivity on June 2.
He said that all parties agreed to the committee reports and later decided an MoU should be drafted to back up the agreement.
He said that both parties signed and the ministry of labour also signed on the ground that there would be an immediate commencement of the payment.
“They promised that on June 23, they will commence payment; since then nothing has been done on the payment of the arrears,” he added.
The CAC spokesperson, Godfrey Ike, said the strike was due to a lingering crises on welfare.
Ike said the Federal Ministry of Labour had intervened and an MOU was agreed on and signed by all the parties, including the union, management and representative of the Federal Ministry of Labour and Ministry of Industry and Investment.
He said, however, the commission did not have a board so it had to seek approval from the mother ministry to implement the MOU.
He said: “This is where we are now and the union called a strike.
“Right now meeting is going on at the Federal Ministry of Labour to resolve the issue.”