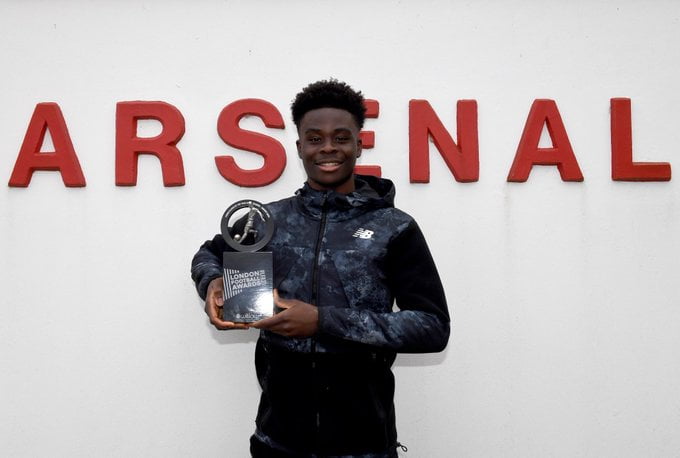 Bukayo Saka has been named Young Player of the Year at the 2021 London Football Awards.

The Arsenal winger saw off strong competition from Mason Mount, Declan Rice, Emile Smith Rowe and Reece James to land the gong at a virtual ceremony on Tuesday night.

Saka has established himself as a star for Arsenal and is being tipped for a place in the England squad at Euro 2020 in the summer following a brilliant season for club and country.

During what has been a difficult season for Arsenal, the 19-year-old has been a shining light.

He has become a talisman under Mikel Arteta and, along with Smith Rowe, has been a standout player for the Gunners.

His award was one of 10 announced on Tuesday night.

Crystal Palace manager Roy Hodgson had already recognised with the award for an Outstanding Contribution to London Football.

This year’s London Football Awards are again in support of the charity Willow, which was founded by former Arsenal goalkeeper Bob Wilson.

Nominees were selected by an expert judging panel from the worlds of football and media, from former players to major footballing bodies and sports media.