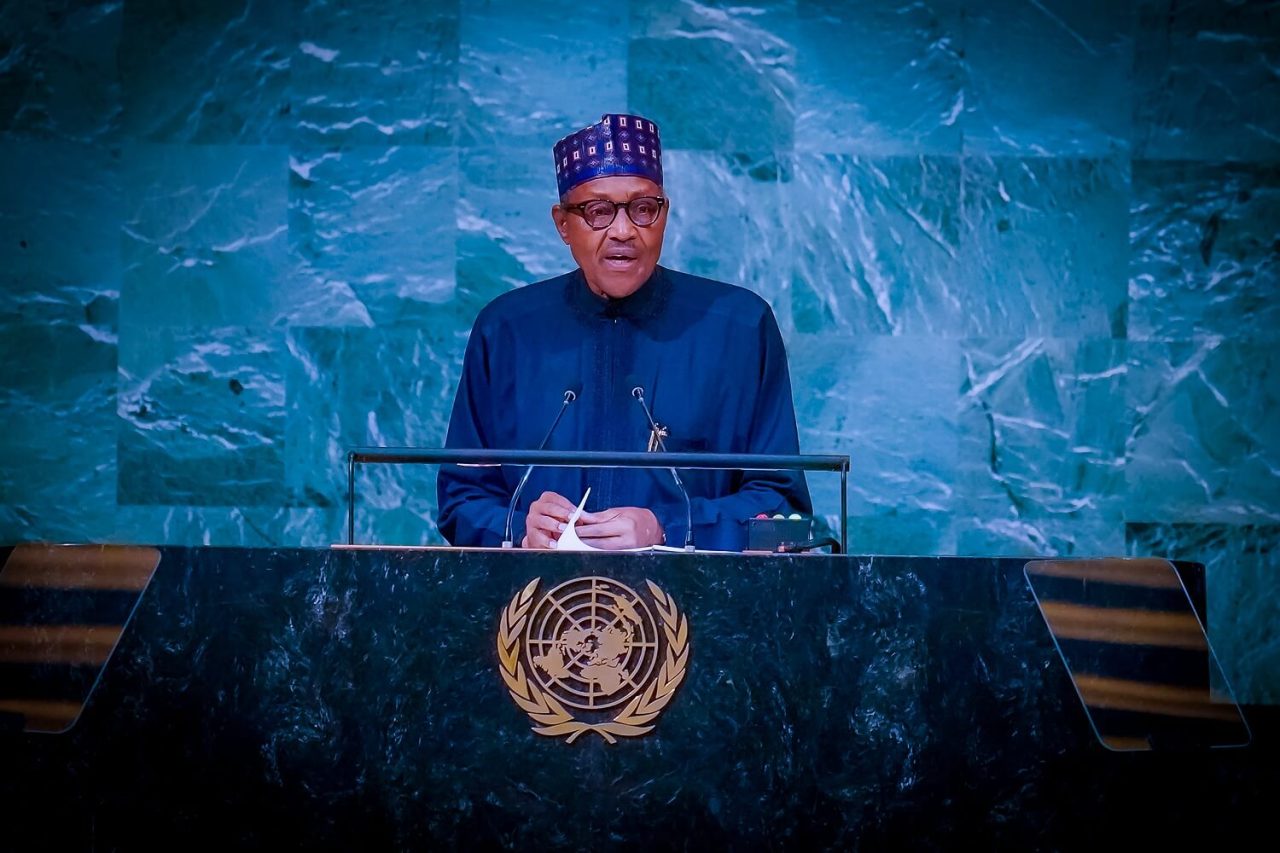 President Muhammadu Buhari has restated the commitment of the Nigerian Government towards ensuring that there is a rapid and strategic transition to renewable energy in response to the worldwide efforts for the preservation of the environment.

President Buhari said this on Wednesday in New York, United States of America, at a meeting on climate change.

Speaking at a Leaders’ Closed-Door Meeting on Climate Change convened by the Secretary General of the United Nations, Antonio Guterres, coming before the commencement of the COP27 in November this year, on the sidelines of the United Nations General Assembly, the President stressed that his administration had, in August this year, launched a home-grown, data-backed, multi-pronged energy transition plan, which is the country’s framework in achieving net-zero emissions by 2060.

Highlighting some of the details in the plan, Buhari said through the use of emerging technologies and alternative fuels such as hydrogen, bioenergy and waste-to-energy, a pathway would be created for accelerated decarburisation of energy systems and harnessing of new and diverse technologies towards low carbon development while aligning to our broader developmental aspirations in a fair and just manner.

The Nigerian leader said: “The plan also sets out a timeline and framework for the attainment of emissions reduction across five key sectors: power, cooking, oil and gas, transport and industry.

“Gas will play a critical role as a transition fuel in Nigeria’s net-zero pathway, particularly in the power and cooking sectors.

“The clean energy goals of the plan include modernising the power sector with large-scale integration of renewable energy, enhancing energy efficiency and conservation; and is expected to generate 250 gigawatts of installed energy capacity with over 90 per cent made up of renewables.”

Expressing his confidence that the plan would put the nation on the path of prosperity, President Buhari said that a careful implementation would create significant investment opportunities as it will engender the establishment and expansion of industries related to solar energy, hydrogen and electric vehicles.

He commended Egyptian President Abdel Fattah El-Sisi for his tireless efforts in the preparations for the COP27 and  assured him of the support of the Nigerian Government.