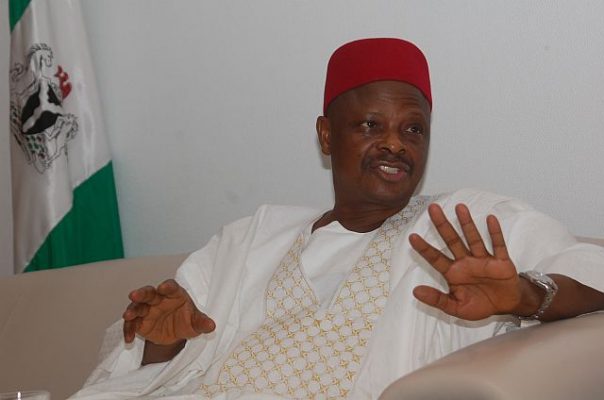 A former Governor of Kano State, Senator Rabiu Musa Kwankwaso, has accused President Muhammadu Buhari of being responsible for the dethronement of the Emir of Kano, Muhammadu Sanusi II.
Kwankwaso stated this during an interview with the BBC Hausa on Tuesday, where he accused Buhari of getting involved in the affairs of Kano State.
Kwankwaso said: “Even the Kano Government has stated that it is an order.
“The President is involving himself in Kano affairs.
“But where he is expected to speak, he will not.
“He only speaks where he is not required to.
“What happened on 9th of March, 2020 is very sad for the people of Kano, people of Nigeria and the entire world.
“You know HRH Sanusi is an international man.
“We saw what happened with the brazen abuse of power in the dethronement process.
“This, to us, is very unfair.
“But we are happy his lawyers are going to court, and we hope the court will be just.
“Let him have his freedom to stay where he wants in Nigeria or anywhere in the world.”
While responding to the allegation that his political movement, Kwankwasiyya, helped in getting Sanusi into trouble, Kwankwaso said: “What they are accusing him of is that he said whoever wins election should not be denied.”
Sanusi was dethroned by the Governor Abdullahi Gandule-led Kano state Government on Monday.
He has since been flown to Nasarawa State to start a new life.