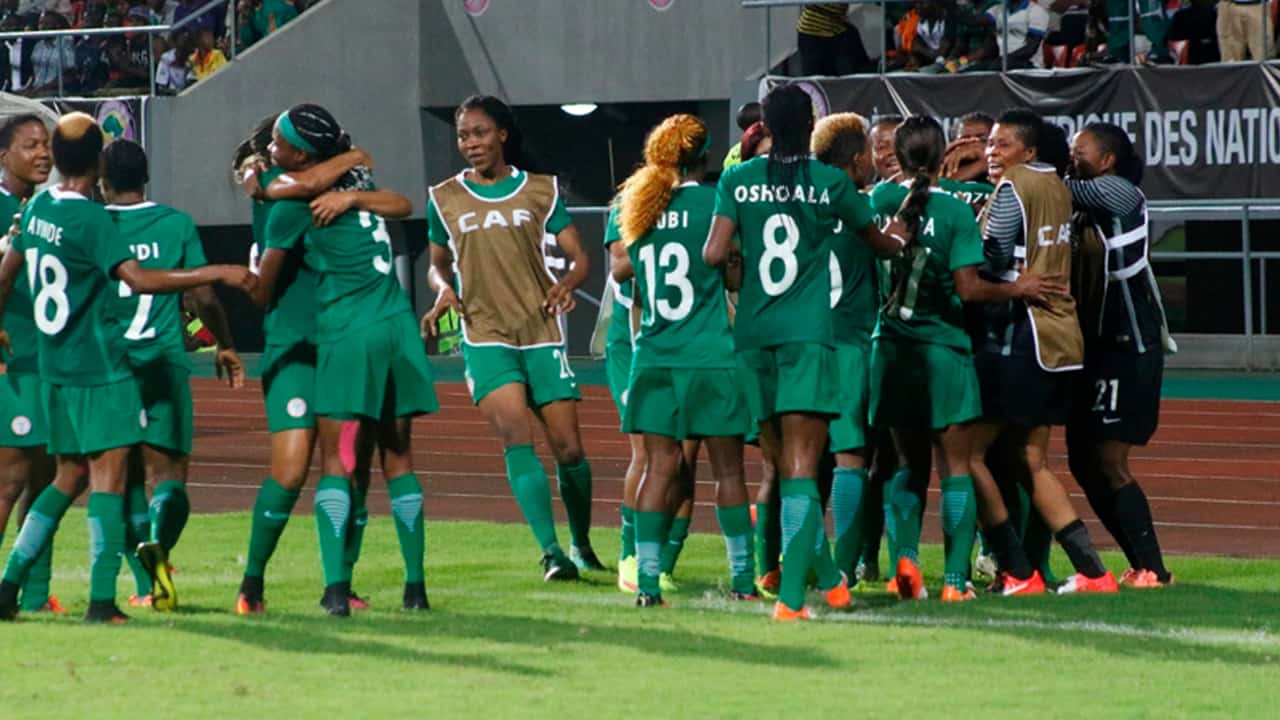 African champions Nigeria will take on Germany in the Round of 16 of the 8th FIFA Women’s World Cup finals in Grenoble on Saturday.
The Super Falcons’ qualification was confirmed on Thursday night after Chile could only defeat Thailand 2-0 in the final match of Group F to seal Nigeria’s passage.
The Chileans could have nicked the third goal they badly needed to make progress at the expense of Nigeria late in the game but fluffed a penalty kick awarded with minutes left.
The result made Nigeria the fourth best third-placed team and final qualifier for the Round of 16.
They will also have to play Germany, to whom they lost 0-1 in a group phase match in Germany eight years ago.
Argentina’s come-from-behind 3-3 draw with Scotland, which eliminated both teams, had given Nigeria hope.
But neighbours and fellow African flagbearers Cameroon dampened morale when they sneaked into the knockout rounds after a 2-1 defeat of New Zealand, leaving Nigerians to turn all attention to the Chile/Thailand encounter.
The Falcons, who had been training for a possible Round of 16 tie for the past few days, will move to Grenoble – which holds fond memories as it was at the Stade des Alpes that they defeated Korea Republic 2-0 on June 12, their best result of the tournament so far.
The match in Grenoble will kick off at 4.30pm Nigeria time on Saturday.