Breaking: Fayose seeks N10b approval by Assembly one month to end of his tenure

Democracy will only return to Nigeria when Buhari leaves office — Fayose

Barely a month to the end of his administration, the Ekiti State Governor Ayodele Fayose, has forwarded an appropriation bill of N9,926,527,772.86 (Nine billion, nine hundred and twenty-six million, five hundred and twenty seven thousand, seven hundred and seventy naira, eighty six kobo) to the State House of Assembly for approval.
Titled: “2018 Revised Budget,” the Governor’s fresh request, which carries his signature, was dated August 30, 2018.
It was received at the office of the Clerk of the House of Assembly on Monday at 3.40pm.
Already, the lawmakers, who have been on recess since July 16, have been directed by the Governor to work on the request.
It was gathered that the Speaker of the House, Rt. Hon. Kola Oluwawole, has reached out to some members of the Appropriation Committee and work has commenced on the bill without recourse to the parliamentary procedure.
According to Assembly sources, the lawmakers are to work on the bill and pass it quietly within the shortest possible time.
To this end, the usual parliamentary procedure of First and Second readings have been side stepped as the committee members are to sit to approve the bill ahead of the deadline given by the Governor.
According to a document attached to the 89-page budget prepared by the Ministry of Budget, the approved estimates for 2018 stood at N98,611,545,040.66, while the revised estimates sent to the Assembly stood at N108,538,072,813.52.
It was further gathered that Fayose’s request is the first of its type this year, as no supplementary Appropriation Bill had been forwarded to Assembly since the passage of the 2018 budget. 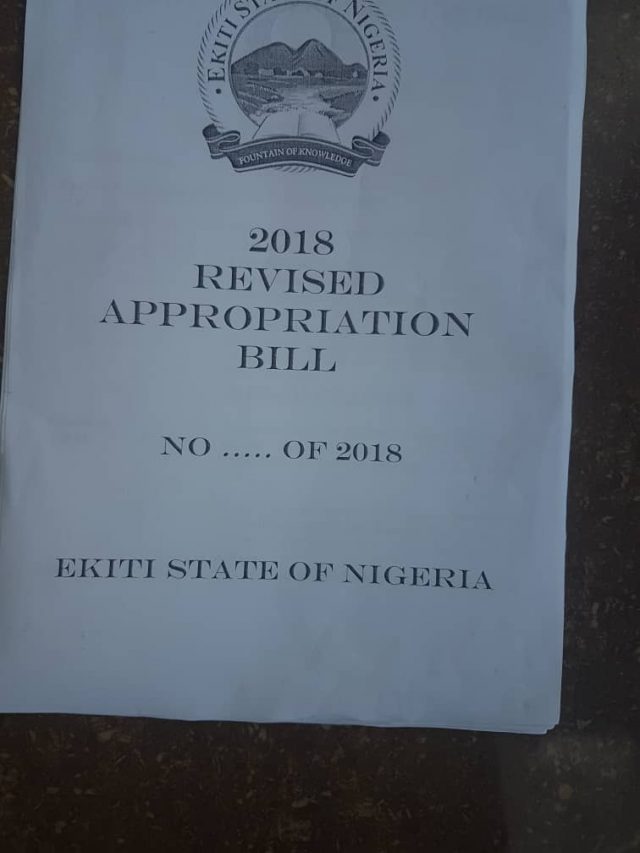 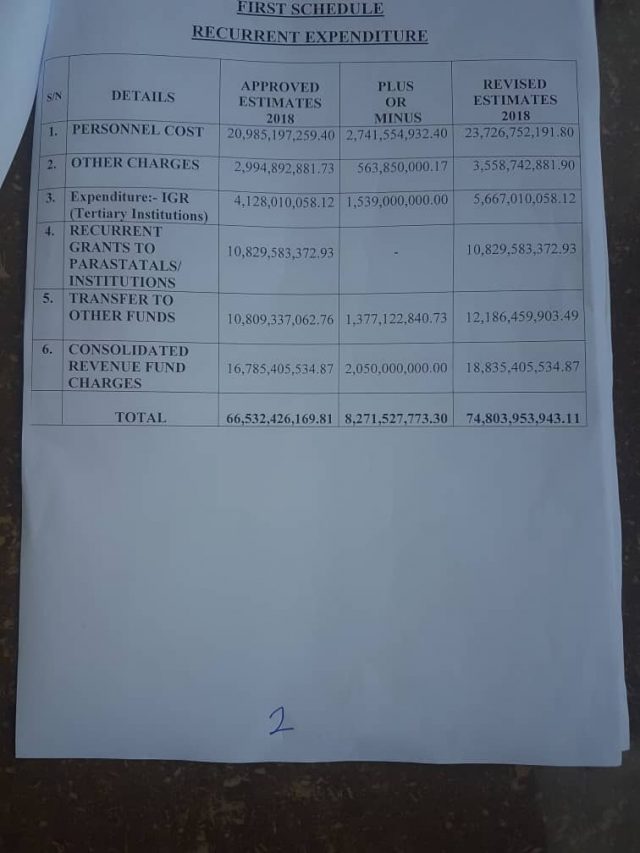 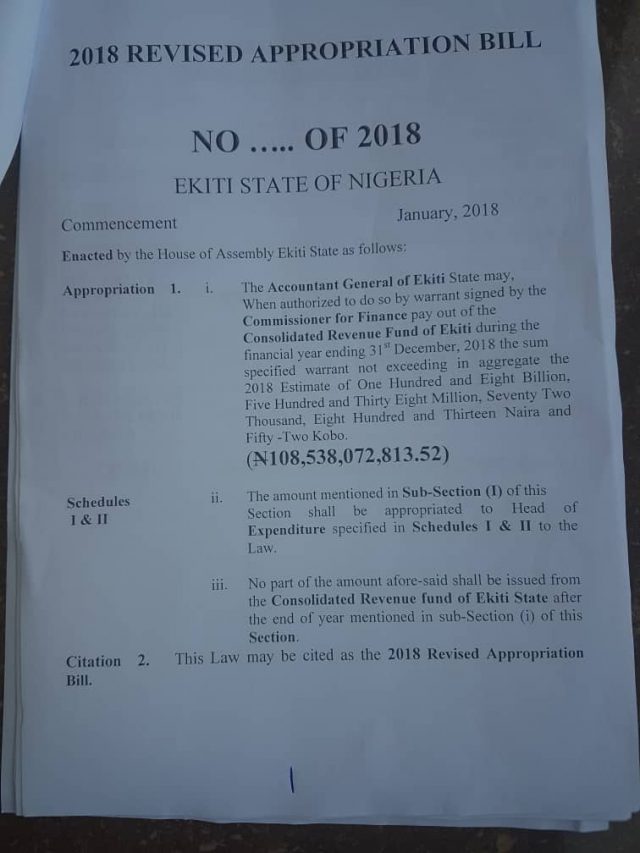 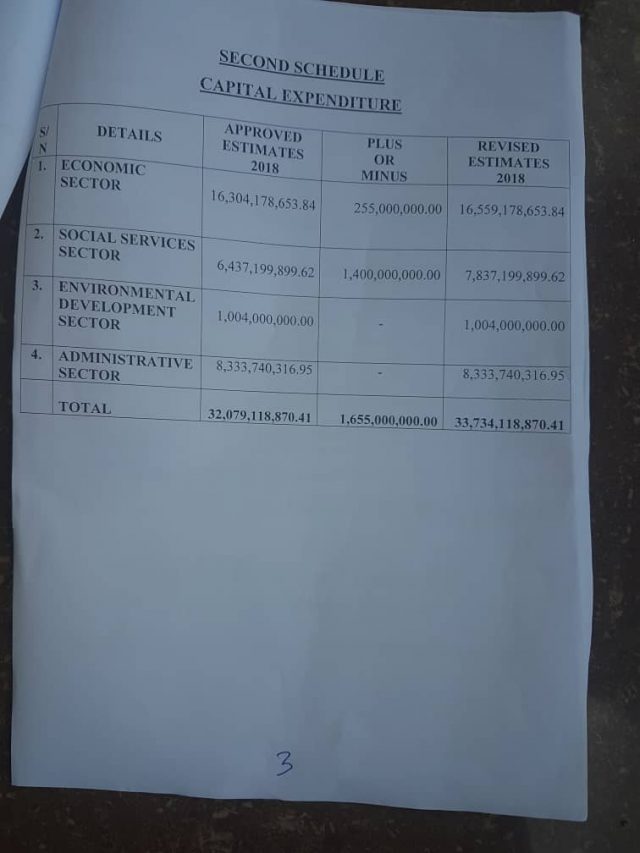 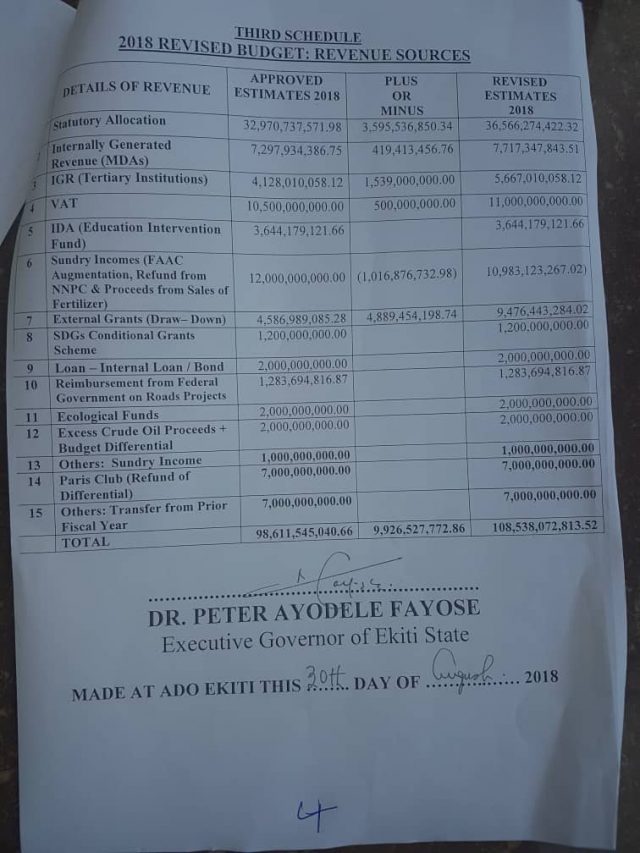 Democracy will only return to Nigeria when Buhari leaves office — Fayose

COVID-19: 2,430 positive patients yet to report for treatment — Lagos