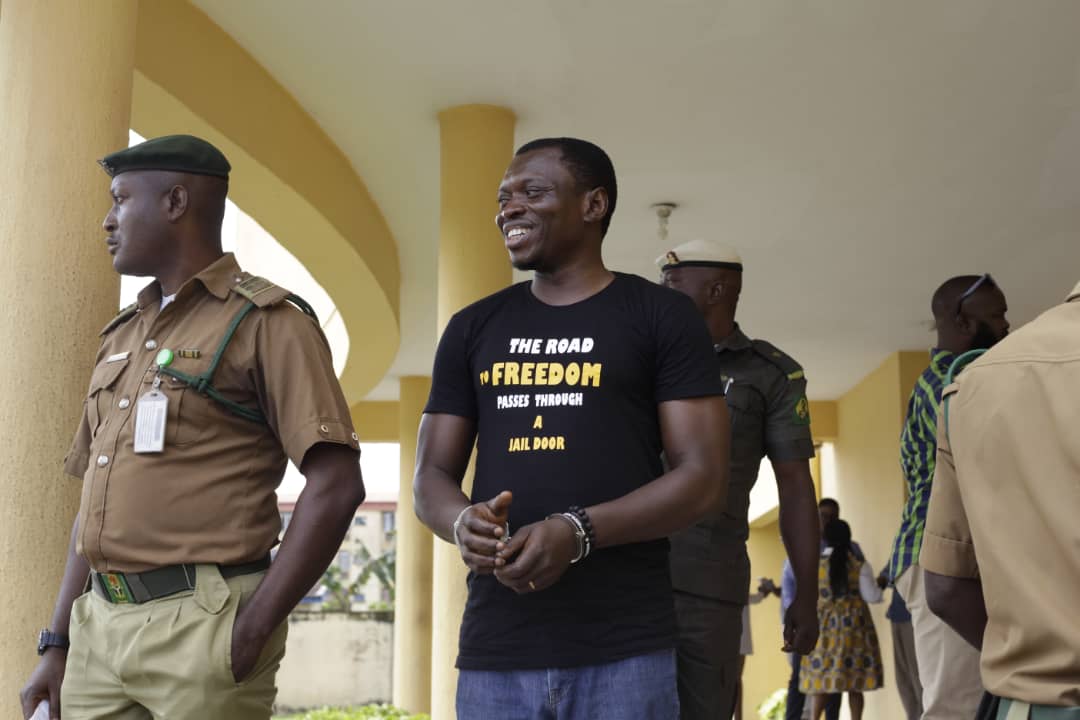 The ECOWAS Court of Justice in Abuja has “ordered the Federal Government to pay journalist Agba Jalingo N30m as compensation for ill-treating and torturing him while in detention in Cross River state.”

The ECOWAS Court of Justice gave the ruling on Friday in a long drawn case over the detention of the journalist.

The court said in a judgment: “Agba Jalingo was arrested and chained to a deep freezer for about 34 days without being charged to court, brutalized and dehumanized. This action taken on Jalingo’s behalf by SERAP seeks from this court reparation for inhuman treatment and torture meted out to him. We have looked at the evidence before us. There was no answer as to the facts that Jalingo was arrested and illegally detained, brutalized and dehumanized.

“This is against international human rights treaties, particularly the African Charter on Human and Peoples’ Rights to which Nigeria is a state party. The Nigerian government has flouted the provisions of these treaties on international fair trial standards.

“For these reasons, on the claims of compensation for ill-treatment and torture, SERAP has been able to establish the claims. We condemn the Nigerian government for these acts, and hereby award compensation of N30m to Mr Jalingo for violations of his human rights. The Nigerian government must comply with the order of the court within three months, and file a process to this court to this effect.”

Reacting to the judgment, Femi Falana (SAN) said: “In view of the ongoing brutalization of hapless Nigerian citizens by the police and other security agencies, this judgment could not have come at a more opportune time than now.

“It is to be hoped that the Federal and state governments and all law enforcement agencies will study the terms of the judgment and desist from further infringing on the human rights of the Nigerian people, including criminal suspects who are presumed innocent until the contrary is proved by the State.”

The judgment followed the suit filed by SERAP against the government of Nigeria and Cross River state government of governor Ben Ayade to ECOWAS Court over the prolonged, arbitrary detention; unfair prosecution; persecution, and sham trial of Mr Jalingo.

Jalingo, who is the publisher of CrossRiverWatch, was arrested on August 22 over a report alleging that Ayade diverted N500 million belonging to the state.

The court gave the order for compensation after hearing arguments from Falana, Solicitor to SERAP, and lawyers to the government, Abdulahi Abubakar and A. A. Nuhu.

In the suit number ECW/CCJ/APP/10/2020, SERAP argued: “The sole objective of the government of Nigeria and the Cross River state government of governor Ben Ayade is to perpetually keep Agba Jalingo in arbitrary detention and to silence him simply for expressing critical views and carrying out his legitimate job as journalist.”

The suit, read in part: “The harassment, intimidation, unfair prosecution and arbitrary detention of Agba Jalingo simply for exercising his human rights violate Nigeria’s international human rights obligations, including under the African Charter on Human and Peoples’ Rights to which the country is a state party.

“The government of Nigeria and the Cross-River state government of governor Ben Ayade have via the charges of terrorism and treason and denial of bail to Agba Jalingo, violated and continued to breach his human rights.

“SERAP contends that Agba Jalingo is being unfairly prosecuted because of his reporting in his online news outlet, Cross River Watch, which alleged that the Cross Rivers State Governor diverted the sum of N500 Million, belonging to the Cross-River Micro Finance Bank.

“On 22nd August 2019, the Nigeria Police, through its special anti-robbery squad arrested Agba Jalingo. On 23rd August 2019, Mr. Jalingo was transferred to a detention facility run by the anti-cult and anti-kidnapping police in Calabar, the capital of Nigeria’s southern Cross River state and was held there for days before his arraignment on 31st August, 2019.”