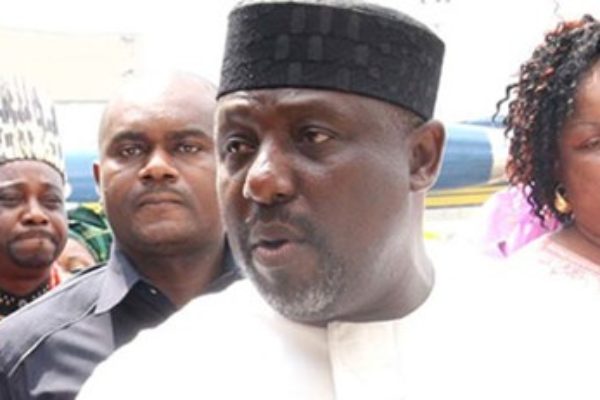 Finally, operatives of the Economic and Financial Crimes Commission (EFCC) have arrested the former governor of Imo State, Senator Rochas Okorocha after over six hours of a siege at his residence.

Okorocha was finally arrested Tuesday evening at about 6:30 p.m. at his residence in the Maitama area of Abuja.

The arrest was effected minutes after security operatives fired teargas to disperse protesters who did not want the ex-governor to be arrested.

It was observed that Okorocha was whisked into a white Hilux vehicle by armed security operatives.

Dozens of protesters had stormed his Abuja residence to protest against the security operatives who have since morning, around 11.30am laid siege to his residence